Prom is one of the important events in one’s life and everyone of us just want to make it the most memorable one, but this Lancashire teen made it memorable for everyone as he choose the most unusual ride.

Suited and booted teenager arrived to the prom in an enormous tank. 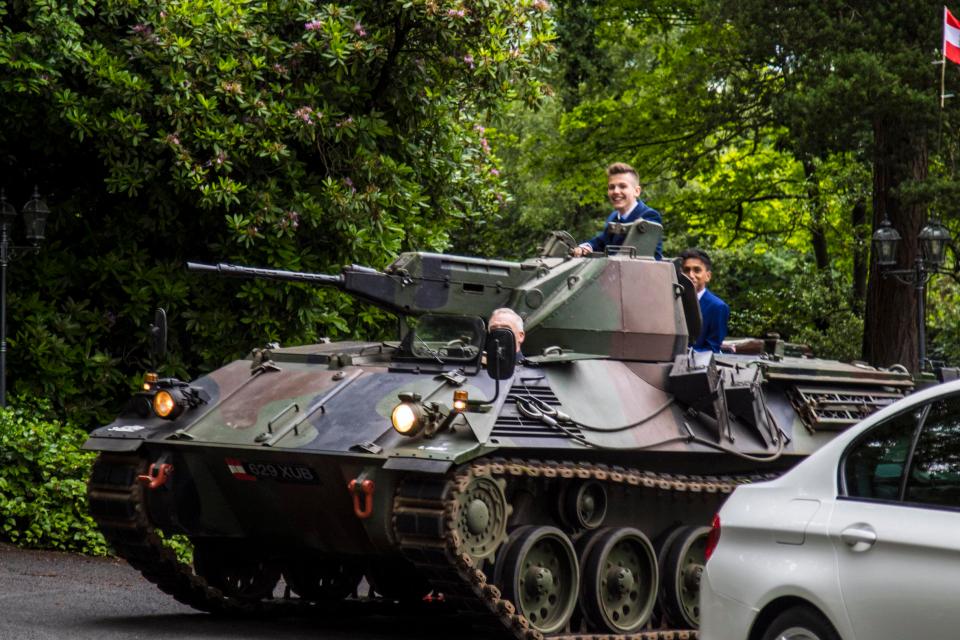 Yes, you read it right, 16 year old Brennan Boys, from Rossendale, Lancashire, made a very dramatic entrance when he made a chilled out entry into his school prom at Higher Trapp Country House Hotel near Burnley perched on top of his grandfather’s 17-ton armored vehicle.

He stunned his classmates at the end of the year celebration for ‘Year 11 pupils’ from Alder Grange School in Rawtenstall, Greater Manchester.

But this is not all, according to the school it is not the only bizarre form of ride as one student arrived in a coffin – but certainly, tank was definitely the most unique one.

ALSO READ: All you need to know about Tesla’s cheapest car yet, the Model 3

Brennan was loaned the unusual form of prom transport by his grandfather, Brian, 80, who is an avid collector of military vehicles. 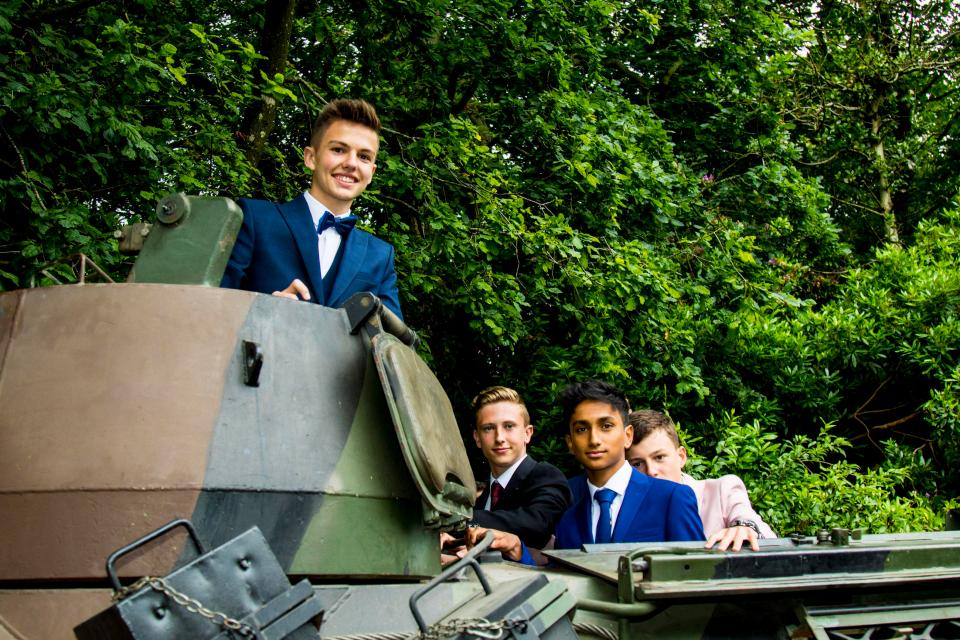 “I came up with the idea about a month ago and wondered if it’d be possible to go to the prom in one. I’ve been inside some of the tanks before but haven’t been driven in one, I really enjoyed it – I’m really grateful for my grandad for organising it all,” Brennan quoted in a report.

“I was overwhelmed with the reaction we had pulling into the Higher Trapp, everyone was lined up taking photos and filming it. I’d told some of my friends and they told others, but some of the year had no idea and were really shocked,” Brennan added. 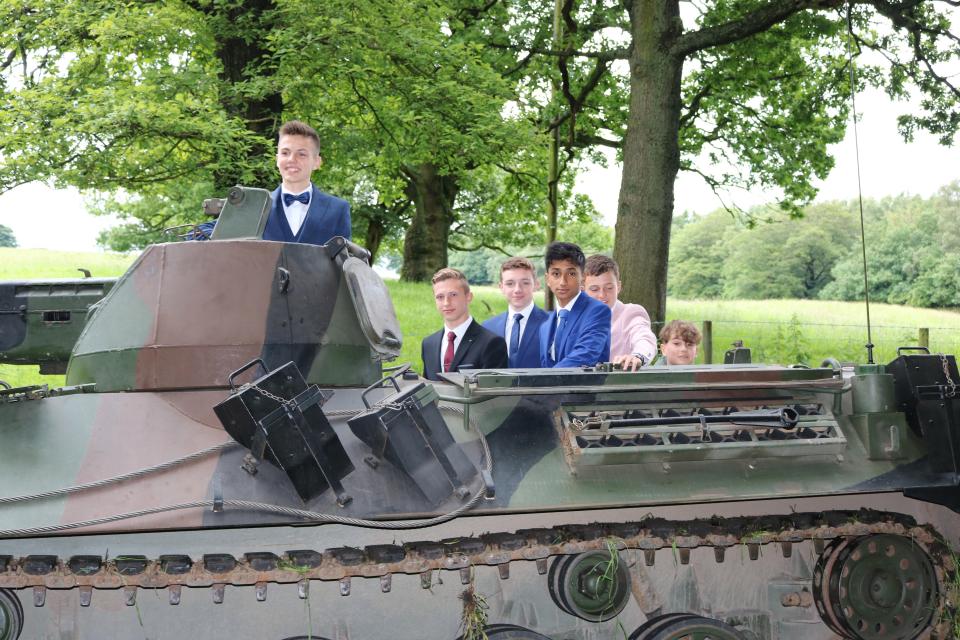 “I think it’s probably one of the most unique ways the school has had of getting to the prom.”

The 30-year-old tank, which originates in Austria, had previously been used in action and driven by an ex RAF pilot, but has since been ‘deactivated’.