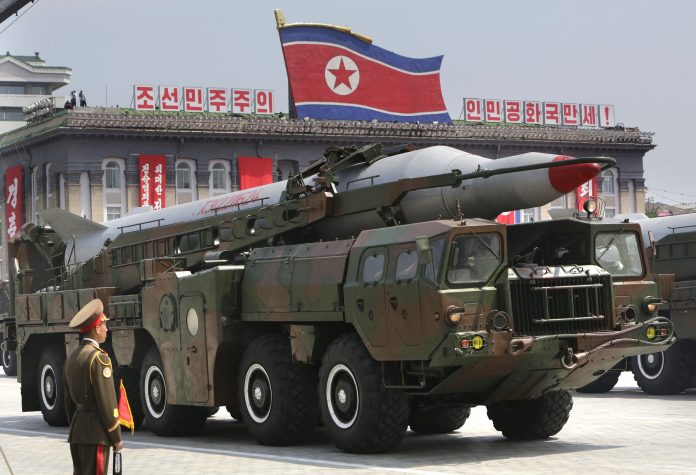 North Korea continued its nuclear weapons programme by successfully launching an intermediate ballistic missile on Tuesday. The missile had reportedly flown 930 kilometers before landing in Japan’s Exclusive Economic Zone in the Pacific Ocean. South Korean and Japanese governments strongly protested against the test firing, calling the test as a clear violation of UN resolutions.

While US and South Korean defence experts identified the missile as being an intermediate ballistic missile, North Korea claimed that it was an intercontinental ballistic missile. The successful test could be a worrying sign of North Korea’s continued aim of developing a missile capable of reaching the United States. Defence experts claim that the latest missile test indicates that North Korea could reach all of Alaska with their intermediate missiles.

North Korea has been banned from developing and testing missiles under a series of UN resolutions but continues its missile programme unabated. The US, South Korean, and Japanese governments are presently exploring ways to contain North Korea through sanctions and have appealed to China and Russia repeatedly to take a tougher stance against North Korea. It is also expected that the upcoming G20 Summit will feature discussions around containing North Korean aggression.