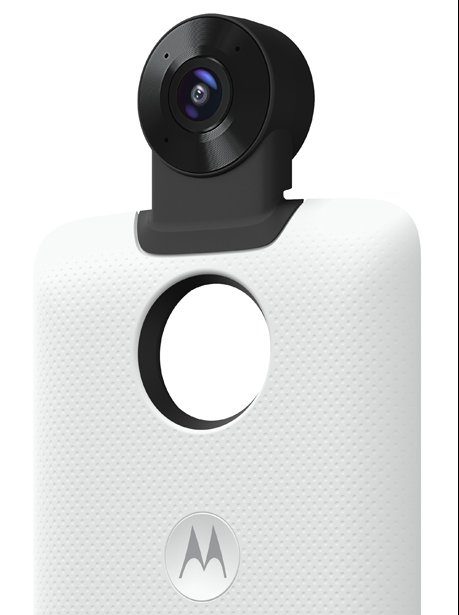 Motorola unveiled a new Moto Mod that adds a 360-degree camera to the Moto Z, Z Play, and Z2 Play smartphones. The attachment makes use of Motorola’s propriety magnetic connectors to attach to the phone and allow users to take advantage of the 360-degree field of view for photos and videos.

The first image of the Moto Mod was revealed by Evan Blass (@evleaks) on Twitter. The camera will sit on top of the case and feature two cameras on both sides in the camera module to capture 360-degree.

While availability and price were not announced by Motorola, the announcement of the device joins the Essential Phone and its own implementation of the 360-degree camera for the smartphone.