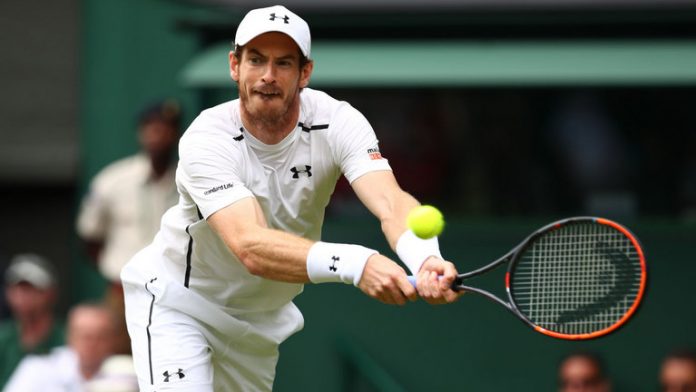 London [UK]: World number one Andy Murray began his title defence on a successful note as he defeated Alexander Bublik of Kazakhstan in straight sets in the opening round of Wimbledon on Monday.

After the match, the world number one said of Bublik, “I was chatting to him in the rain delay about Centre Court and the match, which is pretty rare. He’s a bit of a character.”

Murray headed to Wimbledon in erratic form and struggling with a hip injury.

The injury forced Murray to pull out of two exhibition matches at Hurlingham, severely hampering his preparations for the third Grand Slam of the season.

With the win, Murray has now ended a two-match losing streak against lucky losers after defeats to Borna Coric at Madrid-1000 and Jordan Thompson at Queen’s.

Meanwhile, Japanese ninth seed Kei Nishikori cruised through to the second round at the tournament in straight sets.

He will play either France’s Julien Benneteau or Ukrainian qualifier Sergiy Stakhovsky in the last 64.

In other contest, Jo-Wilfried Tsonga breezed into the second round with a 6-3, 6-2, 6-2 victory over British wildcard Cameron Norrie.

In women’s singles, five-time Wimbledon champion Venus Williams battled into the second round after registering a 7-6 (9-7), 6-4 win over Elise Mertens. She will now face Wang Qian of China in the round of 64 on Wednesday.

Second seed Simona Halep also made a victorious start to her Wimbledon campaign after a commanding 6-4, 6-1 victory against New Zealander qualifier Marina Erakovic.