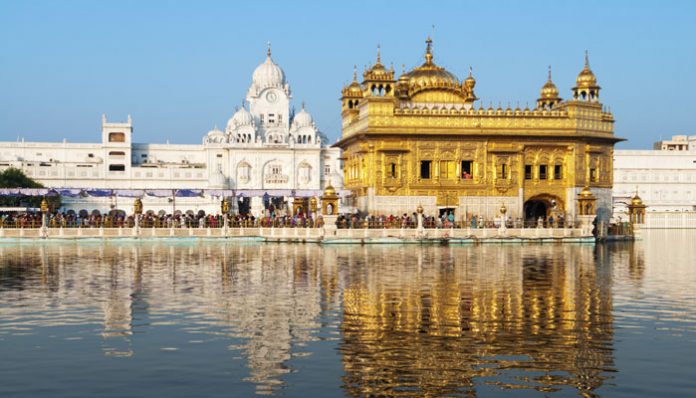 With the recently implemented GST Bill, The Golden Temple faces an extra financial burden of Rs 10 crore a year.

The Shiromani Gurdwara Parbandhak Committee (SGPC) that manages the holiest shrine of the Sikhs has approached the GST Council and Union finance minister Arun Jaitley seeking exemption from the new tax regime.

Earlier also, the purchases for langar (community kitchen) items and a few other articles were exempted from value added tax (VAT).

SGPC chief secretary Harcharan Singh said: “The procurement bill of langar items such as desi ghee, sugar and pulses comes to around Rs 75 crore annually. With the shift from VAT to GST, the tax of 12% will be levied on desi ghee, 18% on sugar and 5% on pulses, increasing the financial burden by Rs 10 crore annually.”

“With the imposition of GST on cloth, we will have to spend extra to buy siropas (robes of honour). We annually purchase 15 lakh metres of cloth for siropas,” he said.

“The offerings of devotees at Harmandar Sahib and other shrines is spent on free langar, medical aid and financial relief to cancer patients,” he said.

In a letter to the additional secretary, GST Council, Arun Goyal, the SGPC chief secretary has requested to grant an exemption with respect to purchases at Harmandar Sahib, Takht Kesgarh Sahib and Takht Damdama Sahib.

Urging Arun Jaitley to exempt all purchases made by the SGPC for langar sewa from GST Act, Union food processing minister Harsimrat Kaur Badal said Harmandar Sahib runs the world’s largest mega kitchen offering free meals throughout the year to lakhs of people. She said the donation for the same came from offerings made by people.

She said the Punjab government had earlier exempted all items purchased for langar by SGPC at Darbar Sahib, Amritsar, Keshgarh Sahib, Anandpur, and Talwandi Sabo, Bathinda, from VAT.