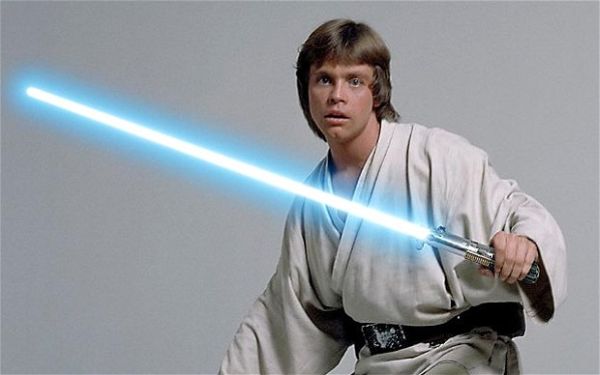 Luke Skywalker’s famous Lightsaber sold at an auction for a whopping 4,50,000 dollars. The lightsaber used by Mark Hamill as Skywalker in ‘Star Wars: A New Hope’ and ‘The Empire Strikes Back’.

“The lightsaber is the weapon of a Jedi, an elegant weapon of a more civilized age. It can be used to cut through blast doors or enemies alike. Using the Force, a Jedi can predict and deflect incoming blaster bolts, and reflect them,” according to the official Star Wars website.

It was sold for nearly half a million dollars to the Ripley Company, which is based in Orlando. It was originally a part of the collection owned by producer Gary Kurtz. It will probably be on display at one of the ‘Believe It or Not’ locations around the country, although the company hasn’t revealed much about the future of this prop, according to reports.

The company has also secured a 15-foot version of the iconic Millennium Falcon ship, created from nearly a million matchsticks by Artist Patrick Acton from Iowa. Edward Meyer, vice president of archives and exhibits for Ripley said, “We’ve been looking for ‘Star Wars’ stuff for a few months now in order to complement that when it comes.”

Although the lightsaber sold for big money ($450,000), it’s not close to being the biggest Star Wars item auctioned off during the week. The original R2-D2 unit used for the original trilogy takes the cake, having been sold for nearly $3million.

The 43-inch tall unit was sold through the action house Profiles in History and was compiled from parts used throughout filming of the original films.