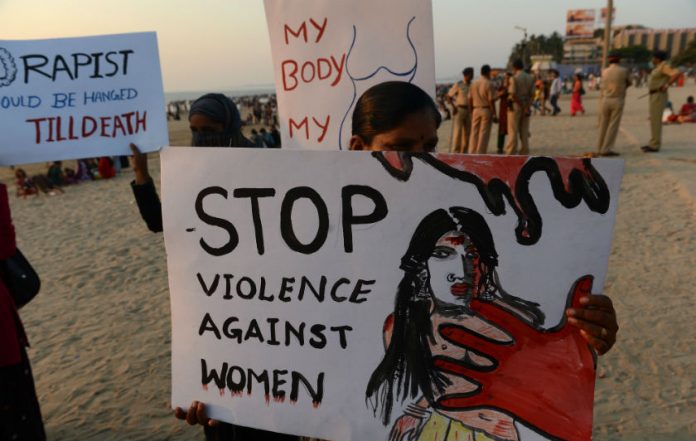 Safety of women in India continues to remain questionable. Earlier this year when Yogi Adityanath came into power in UP, he made tall promises to ensure women’s safety. Over 100 days of his administration have passed and the vicious crimes against women continue to be a pressing reality.

This woman, also a mother of two was gang-raped and attacked with acid at her own home in Unchahar in 2008 over dispute regarding property. This is despite the Supreme court ban on open sale of acid, in order to prevent such horrifying attacks.

In 2011 and 2013, she was once again attacked with acid in a similar way, but managed to survive and recover from these vicious crimes each time. She was also attacked with a knife in 2012.

ALSO READ: UP woman police officer who stood up against BJP leaders, transferred

If that wasn’t enough, in March this year she was cornered on a train while travelling alone with her daughter and forced to drink acid by her rapists. She was found unconscious by the police. Despite her condition and being unable to speak, she managed to write a formal complaint. The accused were released on bail and have been let go without punishment. She has filed around 8 FIR’s uptil now against the accused and their accomplices and zero action has been taken.

CM Adityanath visited her at the King George Medical University in Lucknow, providing her with monetary compensation and security. In spite of the security, two men managed to scaled the walls of the building she lives in and throw acid at her when she went out to fetch water, in another recent attack.

She is an employee of a cafe in the state capital run by acid attack survivors. Her husband lives in Rae Bareli with their two children.

CM Adityanath according to reports said that the the woman’s claim that she had been attacked yet again needs to be investigated. “This turns out to be the sixth acid attack on the woman. I had visited her at the KGMU and then we made arrangements for her treatment and security. She was kept in a secure place under police protection,” he said.

A stellar example of how the system has failed women yet again, when despite repeated attacks and complaints lodged the perpetrators of this crime go unpunished.