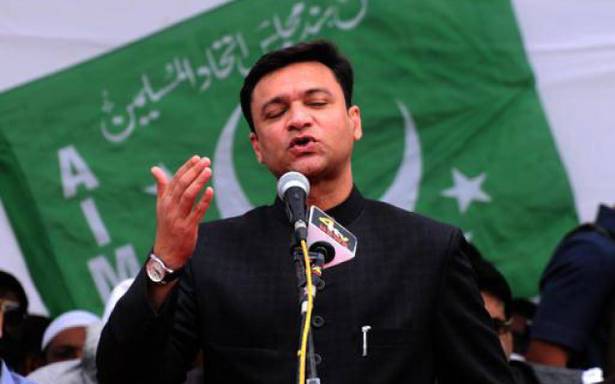 Shouldn’t Owaisi be booked right away for this #OwaisiHateSpeech under IPC Section 153(A) for promoting enmity between groups? pic.twitter.com/w53FbZLcRS

Telangana MLA and All India Majlis-e-Ittehad-ul Muslimeen (AIMIM) leader Akbaruddin Owaisi on Saturday made a characteristically communal and venomous speech in Hyderabad, yet again.
Speaking at the city’s Khilwat Ground, Akbaruddin Owaisi, younger brother of Lok Sabha member Asaduddin Owaisi, issued a clarion call for Muslims to vote in unison on the basis of religion and form ‘one political alliance’.

ALSO READ: PM Modi’s visit to Israel: What does the historic visit mean for India
Owaisi fanned the flames of selective violent incidents in the recent past insinuating the community was under attack — ‘Where are those secular people?’, he asked.
His primary message was one of the vote-bank politics as he asked for Muslims to come together irrespective of their sects, remarking, ‘when the enemy strikes he doesn’t ask which sect you belong to.’
In his efforts to stir up religious fervour, Owaisi repeatedly emphasised on skull caps and beards. His speech was brimming with accentuated and lurid descriptions of violence not worthy or being reproduced here.
That Owaisi was furthering his own political ends was transparent. ‘If a brother votes for another we can win 50 parliamentary seats in India’, he said, specifically naming the states of West Bengal, Bihar, Assam and Uttar Pradesh as targets where ‘we can win’.