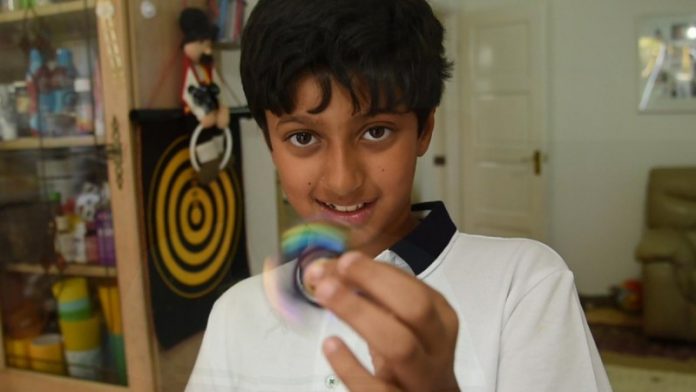 Arnav Sharma, an 11-year-old of Indian origin residing in Reading town, England has scored a whopping 162 points on a Mensa IQ test, the highest score possible. He has outscored geniuses like Albert Einstein And Stephen Hawking.

Arnav outscored Einstien by 2 points, with zero preparation for the exam. He wasn’t even aware of what a typical paper consisted of, as his mother said.

The exam mainly measure verbal reasoning ability and his score has put him in the top 1% of the nation in terms of IQ, according to reports. “The Mensa test is quite hard and not many people pass it so do not expect to pass,” Sharma said.

He took the exam along with seven to eight other people, a couple were children but rest were adults. He claims he wasn’t anxious before the test, saying, “I had no preparation at all for the exam but I was not nervous. My family were surprised but they were also very happy when I told them about the result.”

ALSO READ: Study says it is beneficial for your child to count on…

At two-and-a-half years, Arnav could count upto more than 100. His mother said, “That was when I stopped teaching him because I came to know that there is no end to his numbers.” His mother believes he probably got his mental prowess from his dad, although Arnav’s abilities are far superior.

Mensa is believed to be the largest and oldest high IQ society in the world. Membership is open to anyone who can demonstrate an IQ in the top 2 per cent of the population, measured by a recognised or approved IQ testing process. Although now it has spread all across the world, it was founded in 1946 in Oxford by Lancelot Lionel Ware, a scientist and lawyer, and Roland Berrill, an Australian barrister.