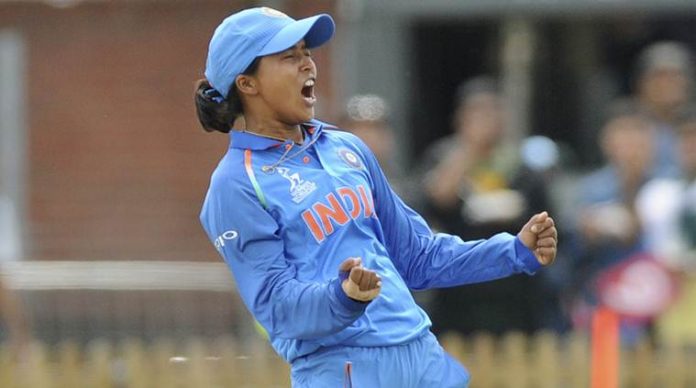 India defeated Pakistan by 95 runs in a low-scoring match of ICC Women’s World Cup 2017 on Sunday. India registered its third consecutive win in the tournament with this victory. Pakistan wickets fell like dominoes while chasing a low total of 169 put by India in the first inning.

Exceptional efforts by Ekta Bisht with the bowl (5/18) made Pakistani batting line-up to crumble well below the hundred mark. Only two batswomen Nahida Khan 23 (62) and skipper Sana Mir 29 (73) managed to score in the double figures from Pakistan.

Pakistan won the toss and chose to field in the match. India managed to score the total of 169/9 by the end of 50th Over with the help of opening batswoman Punam Raut 47 (72) and wicketkeeper Sushma Verma 33 (35). The total proved to be too much for Pakistan after tremendous efforts by Indian bowling side. Ekta Bisht won the deserving award of Woman of the Match for her match-winning performance.

ALSO READ: Time for India to invest beyond Cricket

India gains the top position in the tournament with 3-3 victories followed by Australia which has also won 3-3 matches in the World Cup 2017.