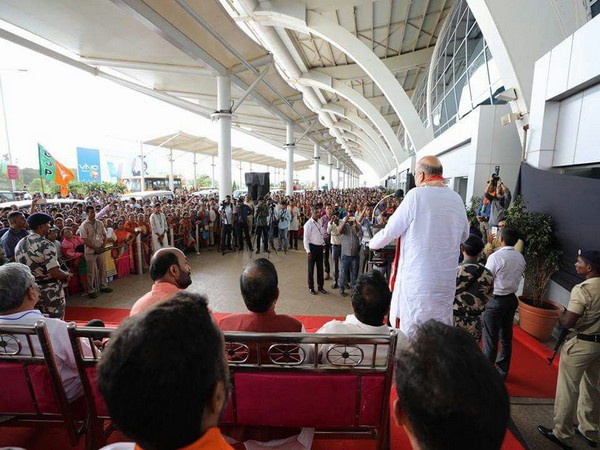 The Congress Party has strongly condemned the public meeting held by Bharatiya Janata Party (BJP) at the Dabolim Airport complex in Goa, branding it as complete abuse of power.

BJP president, Amit Shah and Goa Chief Minister, Manohar Parrikar besides other BJP ministers and MLAs were present in the meeting.

Terming this as a complete abuse of power by the ‘intoxicated BJP’, the Congress has accused the saffron party of having ‘lost all sense of good governance.’

The Congress Party has demanded a thorough inquiry into this very unprecedented and unacceptable abuse of power.

Condemning the BJP for illegally using the airport for a public meeting, AICC Secretary, Girish Chodankar has demanded that all the airport authority officials who allowed this meeting should be penalized along with all the ministers and MLAs including, Amit Shah for conducting the ‘illegal public meeting’ inside the airport.

Yesterday, a political meeting was held in the high security limits of Goa airport when the state BJP organised a welcome reception for Shah.

Reportedly, a carpeted podium, a dozen chairs for the dignitaries and a sound system were set up at the entrance of the airport terminal before the party president’s arrival.