The Goods and Services Tax has been rolled out by the Modi government, replacing the old tax system that featured numerous indirect taxes. While interest in the introduction of the tax system was high in the country, the global media too watched India closely as it embarked on a financial tax system. 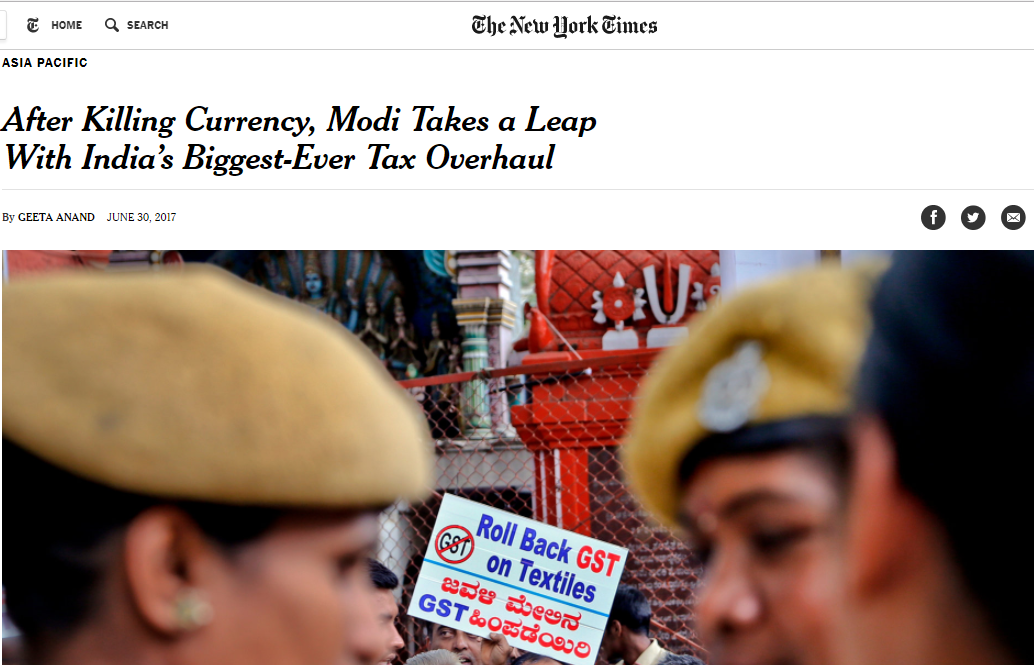 The New York Times highlighted that the GST was a much needed tax reform promised by PM Modi during his election campaign. It stated that small and medium businesses had expressed their reservations for the introduction GST while also adding that the new tax system will lead to compliance in tax paying as the government will provide tax incentives to GST compliant suppliers. The article also reported that businesses stand to grow in the medium and long term. 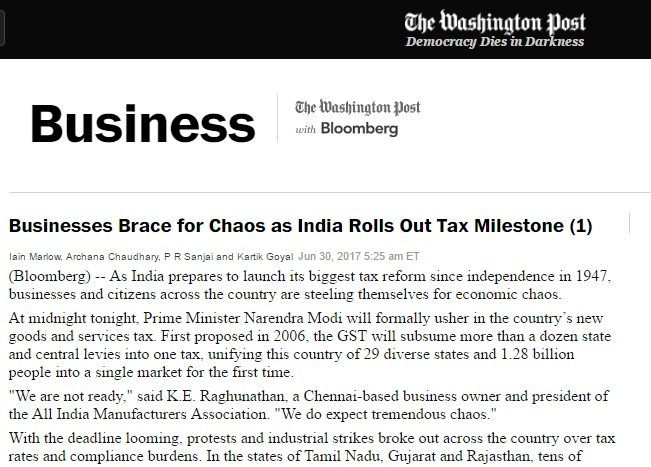 The Washington Post/Bloomberg expressed concern over the impending economic chaos in the short term brought about by the introduction of GST. The article highlighted the general confusion in the business class and public over the various nuances of the new tax system but also added that long-term benefits would become apparent once the GST was fully implemented. 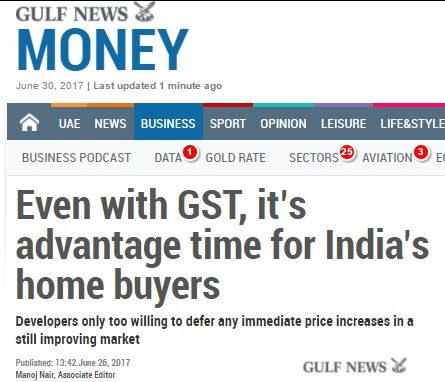 Media in the Middle East termed the rollout of GST as a historic event. The Khaleej Times reported that India could witness a 2 percent GDP growth once GST is completely implemented, quoting economic experts. The Gulf News highlighted the benefits for investors citing the expected lowering of prices in real estate. 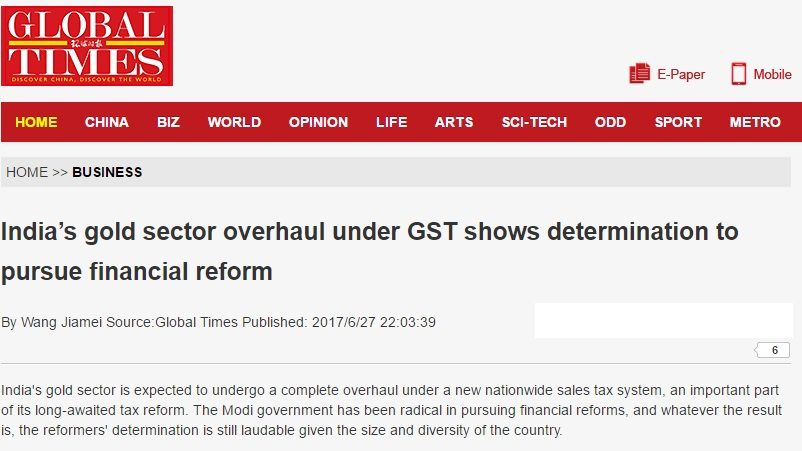 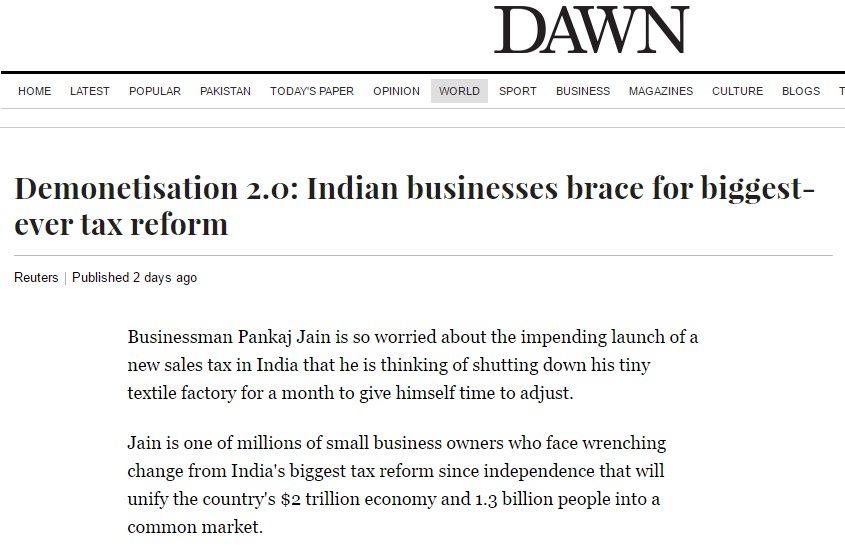