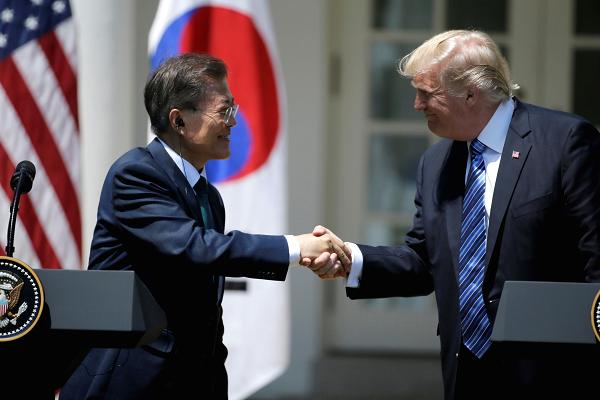 After talks with South Korean President Moon Jae-in, US president Donald Trump called for a determined response to North Korea and its acts of aggression. President Trump also stressed the importance of the US-South Korea alliance but sought for South Korea to increase its responsibilities within the alliance, particularly on trade and defence cost sharing.

President Moon said that both the US and South Korea will employ sanctions and dialogue to coerce North Korea into stopping its nuclear weapons program and reducing the heightened tensions in the region.

On the US’ relations with South Korea, President Trump emphasized the US trade imbalances in the trade relations between the two countries and threatened to cancel the bilateral trade agreement. President Trump has sought to reduce the barriers to reciprocal trade and market access to provide a level playing field for American workers and businesses.