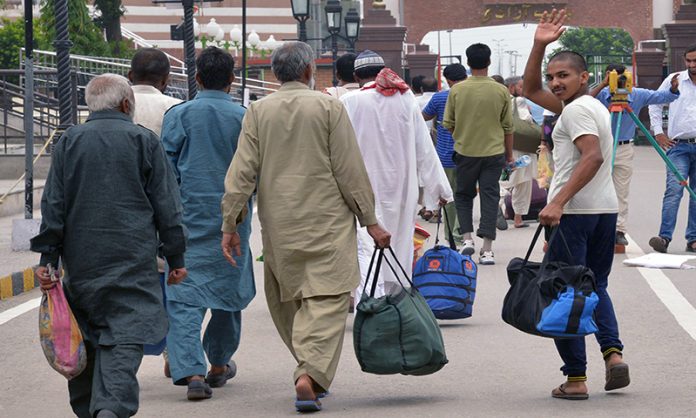 The Pakistani Foreign Ministry on Saturday handed over a list of 546 Indian prisoners in Pakistan, to the High Commission of India in Islamabad.

According to the Foreign Ministry statement, the list contains the names of 52 civilians and 494 fishermen.

Pakistan and India exchanged lists of prisoners in each other’s custody twice a year, on January 1 and July 1, respectively under the Consular Access Agreement between the two countries, signed on May 21, 2008.

The Indian government will also hand over the list of Pakistani prisoners to Pakistan High Commission in New Delhi, said the statement.

On January 6, 2017, the government had released 219 Indian fishermen whereas 78 more are expected to be released during the ongoing month.

In accordance with the Agreement on Consular Access between Pakistan and India signed May 21, 2008, both countries are required to exchange lists of prisoners in each other’s custody Jan 1 and July 1 every year.