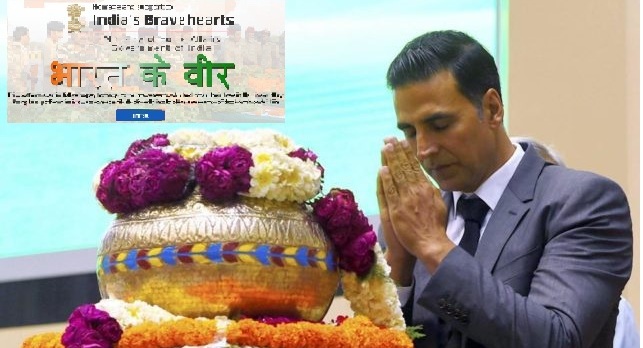 “Bharat Ke Veer” application which was launched in April by Home Minister Rajnath Singh and Actor Akshay Kumar has managed to get around Rs 8 Crore donations in just 2 months, according to the reports.

The idea behind the app and website was promoted by the actor for the purpose of contributing to the families of Bravehearts who sacrificed their lives on the line of duty, with the help of the funds from the citizens. The app has been a great success and people are responding well to the app. The app has been rated remarkable 4.9 stars.

The collected amount has already been dispatched to be disbursed to the family members of the slain soldiers, according to the reports.

”Rs 7,93,90,858 has been donated to the fund by individual citizens and organisations till now” said an official.

Minister Rajnath Singh thanked the citizens who contributed with a video message saying “We will never be able to repay your generosity”.

Earlier during the launch, Minister Rajnath Singh said, the welfare of soldiers is his “top priority.”