Ahmedabad: In what is a strong message coming from an apt spot, PM Narendra Modi warned the lynch mobs at the Sabarmati Ashram

“Violence is not the answer you can’t kill in the name of gau raksha, don’t take law into your hands,” PM Modi said.

The Prime Minister said from the ashram of apostle of peace and father of nation Mahatma Gandhi. 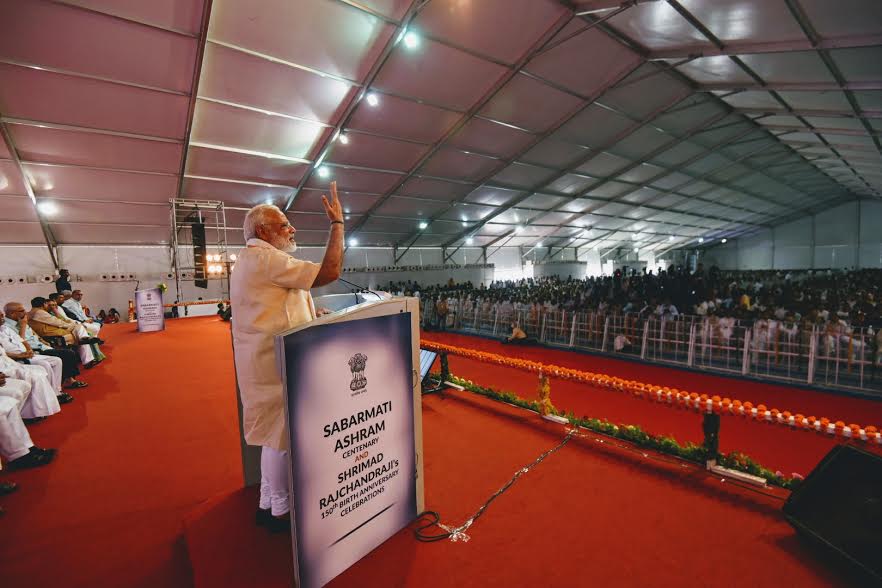 “We are a land of non violence. We are the land of Mahatma Gandhi. Why do we forget that,” PM Modi added.

“No one spoke about protecting cows more than Mahatma Gandhi and Acharya Vinoba Bhave. Yes. It should be done,” PM Modi said.

Strong statement by PM @narendramodi he is the PM of India and agnst cow vigilantism #NotMyIndia lynch mob is no one's idea of India https://t.co/5TNdcGZTK5