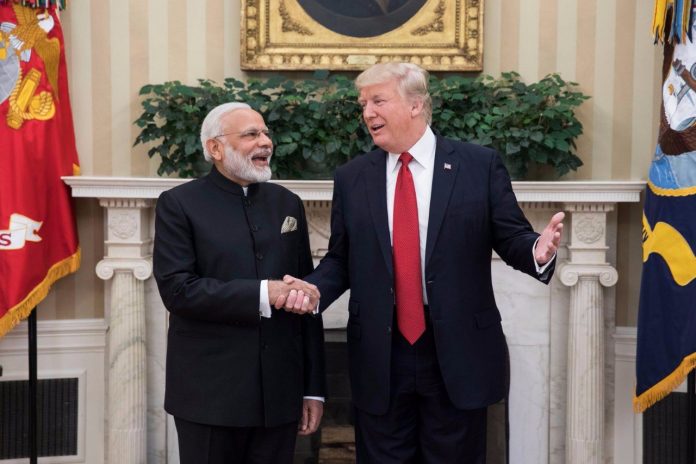 Indian Prime Minister Narendra Modi’s maiden summit with the President of the United State was an important international event and it was covered extensively by the mainstream media of the USA and India. The media tried their best to get the details and purpose of the meet between two leaders of the largest democracies in the world. The news mainly carried headlines of Modi and Trump’s hug after their first meet and also about the social media following of these two big leaders. Here is how different media houses in the world covered the Modi-Trump summit. 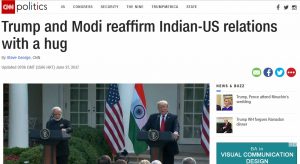 Most of the media houses focussed on the Indo-US ties and agendas of the meet. CNN gave a report on Modi’s meet with Trump and its result and it also highlighted the points of differences between the two countries.

The New York Times took the China’s angle of the meet and termed this meet as “Trump Meets India’s Leader, a fellow Nationalist Battling China For his Favour”. The media termed India as a country that opposes China to get in the good books of The United States of America. 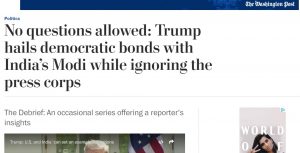 The Washington Post criticised the summit because of Trump’s decision of denying press conference of the summit.

The Wall Street Journal covered the summit extensively with reports of all the talks between Modi and Trump from the beginning of the Modi’s tour to the US. The WSJ also published an op-ed by Narendra Modi.

Time magazine which also rated Narendra Modi in the top 100 most influential personalities, gave a positive report and said about the stronger ties after this meet.

Associated Press termed the meet as a display of ‘Bromance’ between the two and talked about the similarities in the ideologies of the two leaders.

ALSO READ: PM Modi arrives in Netherlands on the final leg of his three-nation tour 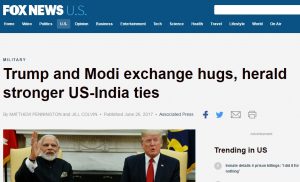 FOX NEWS US gave a positive report of the summit. The summit is most likely to be successful against eradicating terrorism and the ties between America and India under Trump’s regime is likely to grow more than the previous relation under Obama, according to the FOX NEWS