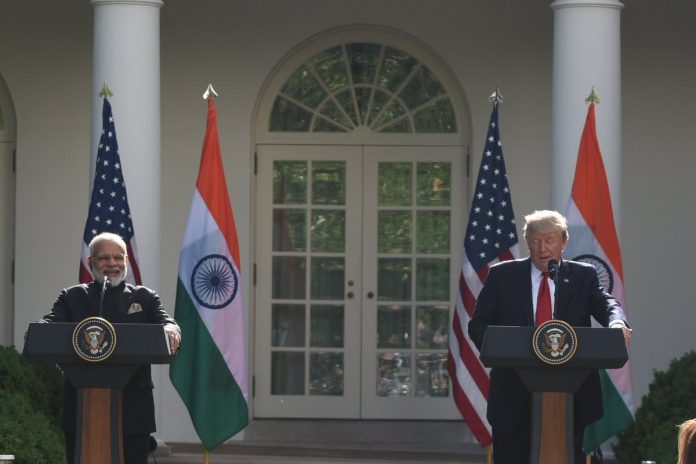 The much-awaited bilateral meeting between Indian Prime Minister Narendra Modi and US President Donald Trump achieved fruitful results for both parties as India and US strengthened their partnership in counter-terrorism efforts as well as showing joint commitment to engaging in cooperation in a number of fields.

Prime Minister Modi echoed the sentiments of his American counterpart and stated that both India and the US are global engines of growth. To that end, protection from terrorism is the top-most priority for the governments of both nations. He also stated that increased productivity, growth and job creation were strong drivers for US-India relations. PM Modi also drew parallels between the flagship programmes of their respective governments while also stating that their respective visions of New India and Make America Great Again had similar intentions.

In terms of terrorism, PM Modi emphasized increased cooperation between India and US to tackle the global challenges of terrorism and also stated that cooperation in intelligence sharing would be increased between the two nations. India and US will also cooperate on building stability in Afghanistan and fostering peace in the Indo-Pacific region for the protection of mutual strategic interests. Prime Minister Modi ended his statement by saying that the US government had a driven, determined, and decisive partner in India.

PM Modi has invited Ivanka Trump to lead the US delegation to the Global Entrepreneur Summit to be held in India in the summer. Ivanka is reported to have accepted the Prime Minister’s invitation. PM Modi also took the opportunity to invite President Trump and his family to India for a visit.