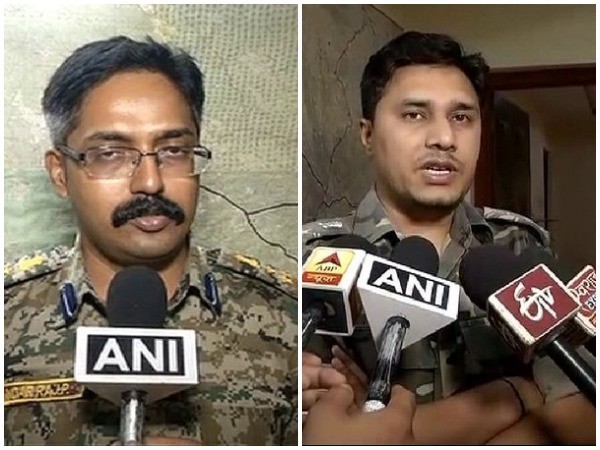 Raipur: The Operation Prahaar is believed to have shaken the confidence of Naxals here in the area, as for the first time the security forces delved deep inside the Naxal core area in Sukma and launched a major offensive against them.

A composite squad of Chhattisgarh Police’s Special Task Force , District Reserve Group ( DRG), Central Reserve Police Force (CRPF) and its elite unit- CoBRA (Commando Battalion for Resolute Action) began the operation based on inputs about the location of Maoist hideouts in the interiors of Bastar. The 56-hour operation ended on Sunday morning.

DIG Bastar, P Sunder Raj told ANI that “according to the ground inputs, a large number of Maoists including their senior cadre have been killed. The exact Maoists’ casualties will be announced after proper verification”.

He said that the Operation Prahaar was successful operation and wherein the security forces entered the haven of the Naxalites and gave them a tough fight.

The police officer further said that the anti-Naxal operation continued with full steam despite monsoon.

“We will continue to target the ‘weakening’ Maoist network,” Sunder Raj said.

Section commander Korsa Mahesh, who carried a reward of Rs 8 lakh on his head, has been killed in the operation and a SLR (self loading rifle) was recovered from him.

Abhishek Meena, SP, Sukma, said, “For the first time, the joint forces entered deep into the core area of the Maoists where the top Maoist commanders operate. Earlier, the security forces suffered heavy losses whenever they tried to enter the area as the Maoists don’t like to be challenged over there. But, this time the scenario was different and as per the reports many senior Naxalites have been killed in Operation Prahaar.”

Meena also said the Operation Prahaar, which was based on impeccable intelligence inputs, has broken the myth of the villagers that nobody can enter deep into the base of the Naxalites.

“It’s unfortunate that we lost our three jawans, but the Operation Prahaar has proved that not only the Naxalites’ base can be hit but the hitting party can return safely,” Meena said.

“All the jawans are upbeat and want to launch a similar anti-Naxal operation soon,” the Sukma SP said.

He added that it is likely that top Naxal commander Hidma might had been leading around 250 Naxal top commanders during the encounter.

Hidma leads first battalion of Naxals which was targeted in Operation Prahaar.

The 25-year-old dreaded Naxal commander is believed to have launched major attacks on the security forces, like May 2013 Jeeram Valley attack in which many top Chhattisgarh Congress leaders were killed, the recent March 11 attack in Sukma in which 25 CRPF personnel were killed, and Dantewada ambush in April 2010 in which about 76 CRPF troopers were killed.

“Over one dozen Naxals dead and eight to ten were injured. It was a 56 hour long operation. Approximately 1500 people participated in this joint operation which ended today. All the corpses could not be brought because of heavy firing. The firing lasted 12 hours approx. It was the first initiative of its kind. Exact numbers will be received soon,” Awasthi said.