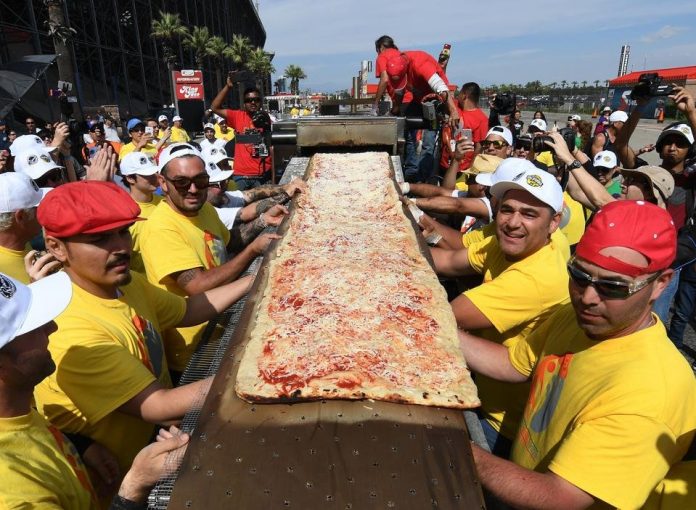 For all the pizza lovers in the world, your favourite dish has reached new heights. A new Guinness record for the world’s longest pizza has been set in the United States. Over 100 chefs got together to cook this 1,930 metres-long delight.

Volunteers came forward in California to help beat the previous record of 1,853.88 metres which was set in Italy, previously – the birthplace of Pizza.

Pizzaovens.com, a US-based restaurant equipment company managed to achieve 18,930.39 metres, surpassing the previous record holder. Dozens of chefs were in charge of creating this gigantic pizza.

The ingredients used were 3,632 kgs of dough, 1,634 kgs of cheese and 2,542 kgs of sauce. The dough was stretched along a conveyor belt which passed through three industrial ovens, and the pizza was cooked for eight long hours.

The oven was shifted every 17 minutes by the volunteers to ensure the dough did not burn. Following the event, all pizza slices were donated to local food banks and homeless shelters.