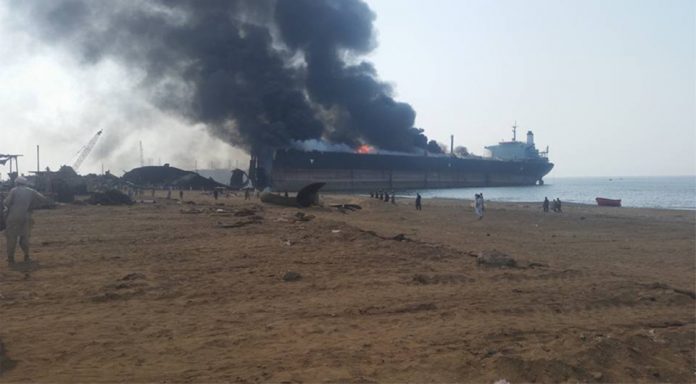 Over 148 people were charred to death in a horrifying incident when an oil tanker burst into flames in Bahawalpur, Pakistan.

Around 40 others were injured and have been admitted to the Bahawal Victoria Hospital and District Headquarters Hospital Sharqia. They are in critical condition. A majority of them are said have suffered 70 percent burn injuries, said Rescue 1122 Director General Dr. Rizwan Naseer.

The oil tanker toppled off the national highway in Pul Paka. Dozens of vehicles, including 75 motorbikes and four cars, also caught fire.

Eyewitnesses said that some people in the vicinity were smoking cigarettes. This could have been one of the reasons that started the inferno and took many innocent lives.