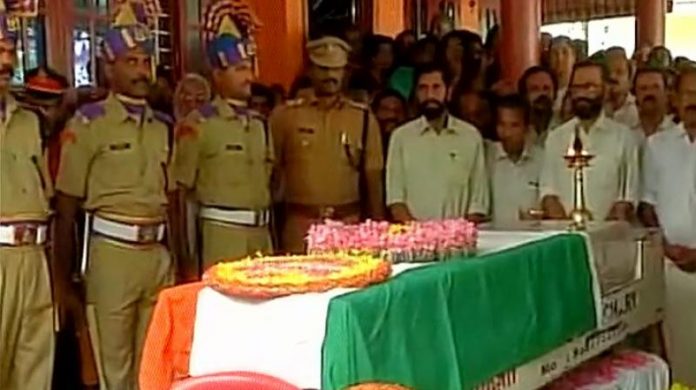 The mortal remains of the martyr was transported from Delhi to his hometown Gorakhpur in Uttar Pradesh via helicopter. The remains are to reach his family the same day.

Sub-Inspector Shukla lost his life in a brutal incident and two other jawans were also injured after terrorists attacked their vehicle near Pantha Chowk in Srinagar.

In another such development, with two terrorists holed up inside the Delhi Public School building in Srinagar’s Pantha Chowk, restrictions under Section 144 have been imposed from Jammu and Kashmir’s Ram Munshi Bagh to Sempora.