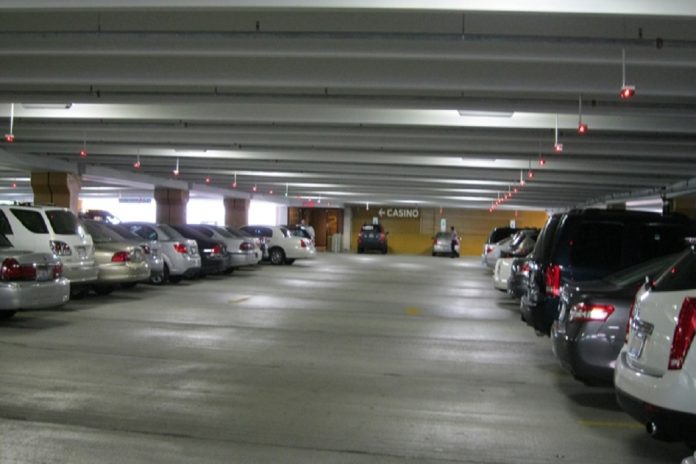 Four months after the Municipal Corporation of Gurugram’s (MCG) decision of not levying a property tax on commercial spaces that lease their basement for parking free of cost, the MCG today uploaded a list of 45 spaces on Mehrauli-Gurgaon (MG) Road and Sohna Road, on its website that will allow free parking to the public . 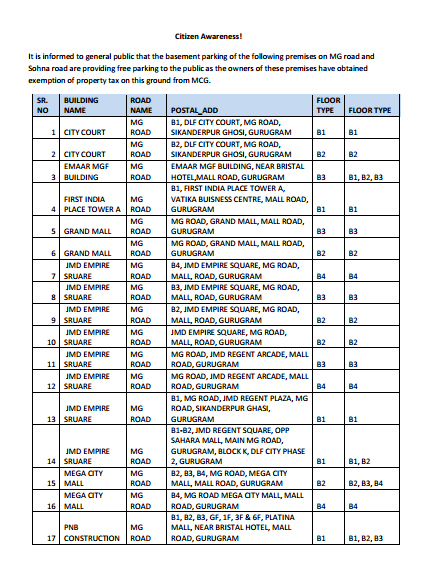 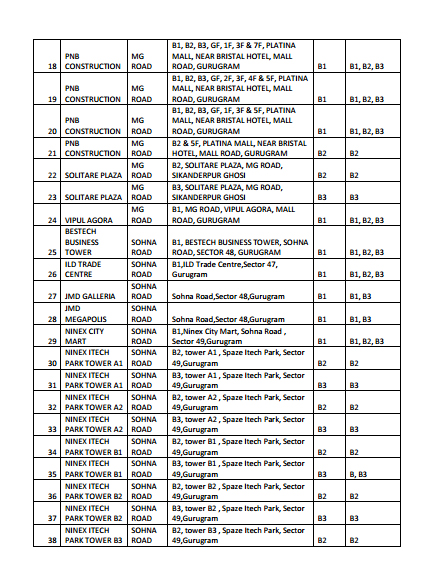 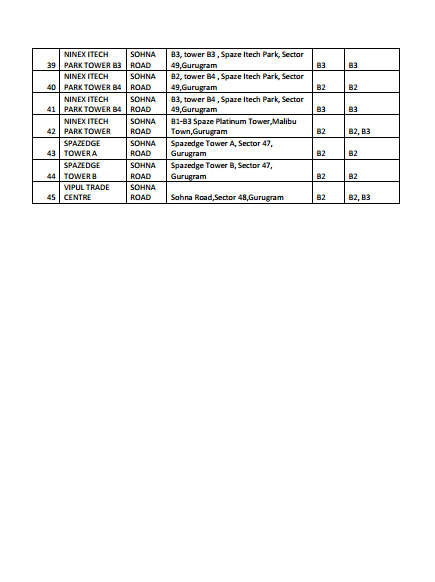 The MCG officials had announced the clause of tax waiver instead of free parking space after reviewing the central government’s notifications on property tax for commercial spaces.

In paragraph 2(B) under clause (b) of the notification, issued by the Centre, on October 11, 2013, titled “Commercial Space”, the ruling did not specify whether a basement that does not charge parking fee can be charged a property tax. The ambiguity led the MCG officials to include basement spaces under the ambit of property tax.

After assessing the notification later on, officials consented that since overground parking is not charged a property tax, basements used for the same purpose should also be exempted.

“We are awaiting clarity from the state government on whether basements of commercial areas that do not charge parking fee can also be exempted from property tax… We have uploaded the list of commercial spaces offering basement parking for free to increase public awareness. If owners are found charging a fee at these 45 places, then one can report the matter to the MCG,” SS Rohilla, spokesperson of MCG said.