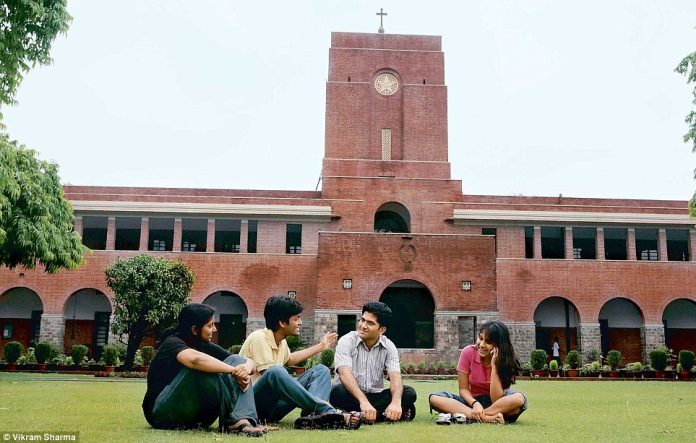 The Delhi University has announced its first cut-off list for undergraduate courses.

The university received around 2.2 lakh applications this year for about 56,000 seats in its 63 colleges.

Candidates planning to join any of DU’s colleges can check the cut-offs at university website, www.du.ac.in.

Sri Aurobindo College kept its cutoff similar to last year. English (hons) remained same as last year at 92%. B.Com (hons) at 95%. Hindi (hons) saw a dip of 2 percentage points and fell to 74%. BA programme was at 83%.

But other subjects, including Economics , History and Political Science, B.Com, and B.Com (hons) saw a dip ranging from 0.25-1 percentage points.

The trend of cutoffs going lower continued at Hans Raj College also where most subjects either remained at the same mark as last year or saw a a dip of 0.25-1 percentage points.

Only BA Programme saw a rise in cutoff. The subject was available at 97% as compared to last year’s 96%.

Courses, other than BA programme, see a dip of 1-3 percentage points in cutoffs. BCom (Hons) down to 95%.

At Ramjas College, most of the subjects saw a dip between 0.25-2 percentage points in cutoff compared to last year.

English (hons) is at 96.5% and History (hons) at 97%. Science subjects also saw a dip in the cutoff with Chemistry (hons) at 96%, going down by 2 percentage points from last year’s 98%, said Ramjas acting principal PC Tulsian.