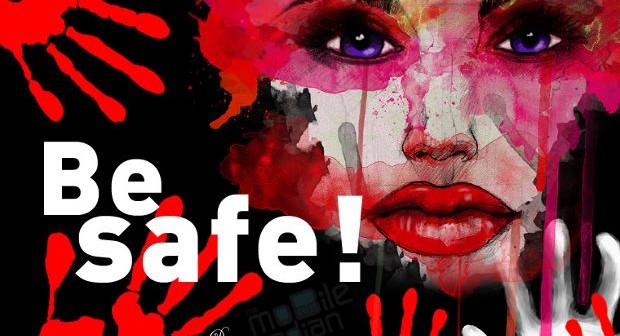 Crimes against women have been on the rise consistently all over India. Every single day we wake up to news of heinous acts whether an Acid attack by a jilted lover or rape and murder of an innocent child. There is a hue and cry with Facebook posts flooding our news feed, media covering these cases under the title of ‘Breaking News’, even protests breaking out on the streets once in a while. However, soon these women, their trauma turn into mere statistics and all is forgotten. Haryana and Delhi-NCR are regions where these acts fail to even surprise us anymore. Delhi- NCR was marked as the fourth most unsafe region for women using public transportation across the world in 2016, according to sources. India and specifically, this regions appears time and again in reports marking it unsafe for women. There is a reason it has been infamously termed the “rape-capital” of India.

Its upon the administration and the local government to ensure the area under its governance is safe and secure for all its residents. Our administration has failed us time and again. As we speak to the youth of Gurgaon and other parts of Delhi, they share their inputs and thoughts on this male-dominated administration that continues to ignore the pressing issues on women’s safety.

Ananya Agarwal, an LSR-student who commutes from Gurgaon to Delhi everyday said, “Although Delhi-Gurgaon metro is relatively safer due to the women’s compartment, taxi services such as Uber and Ola remain a problem, with failure of effective implementation of panic buttons or an accountability system. The local administrations have a long way to go, if they are to make the region safe for women.”

Lack of background check on drivers of taxi services has worsened the situation, making female commuters more susceptible to attacks. What makes the situation worse is the mishandling of situations by the police. Ashlyn Sehgal, a first-year college student said, “Police need to be held accountable for their actions, they should be penalised for displaying insensitivity in dealing with victims of abuse and assault.” Instances of police harassing victims are rampant which calls for gender-sensitisation among the police. Being a male dominated profession, it is of utmost priority that they don’t overstep their boundary in addressing and countering women’s, which is mostly the case. The local governments under the leadership of the chief minister are responsible for creating a safe space for women to speak about their issues and thereon taking into consideration their inputs effectively implementing measures to protect them.

A recent high-school graduate from The Shri Ram School-Aravali, Anushka Trakroo addresses how harassment on the roads that women face in the form of road-side romeos or lewd stares on a daily basis seem ordinary now, which is highly problematic because such behaviour is normalised . “Public transportation, especially during peak hours is a nightmare, so we tend to avoid its use. I believe to ensure women’s safety, it is imperative to counter gender discrimination. The local government and politicians should be held accountable for spreading awareness among the people, especially in the rural areas.” When the politicians make misogynistic comments dismissing crimes against women, claiming “boys will be boys” or moral policing women’s of clothing only works towards intensifying the discriminatory nature of Indian society.

A resident of Ghaziabad, Arish Mudra Rakshasa, a student of Earlham College in the United States, makes insightful comments on role of men in ensuring women’s safety and acknowledging male privilege, “Born and raised in Delhi-NCR, I have heard the words “women’s safety” being spewed by opportunistic politicians for a long time. However, the government hasn’t done much work to make the cities safer for women. Over four years after the much publicised Nirbhaya, things still look bleak with the six-fast track courts that emerged proven useless in conviction of rapists.” “As a man, I take for granted my ability to use public transportation alone, go outside at night and live by myself. For women, the same are anxiety-inducing at best and unthinkable at worst. Instead of using our male privilege to create a safer city, we continue censoring women’s freedoms. Why can’t we accompany women travelling alone in cabs instead of restricting them? Why cant we start difficult conversations with other men instead of perpetrating rape culture? Because its too inconvenient and our comfort in privilege is more important to us than real, positive change.”

“Women’s safety is something we all talk about but do little to ensure. Transportation, access and mobility which are highly limited for the women in the city. There are several cases of molestation should a woman decide to stay in the general compartment of a train. Maybe I am not aware, but I haven’t heard of women only cab services. And if I haven’t heard of them, then they clearly haven’t been advertised enough. Even if there is a women only cab service, that doesn’t take away the risk of driving alone on deserted streets. I have also altered my outfit on the pleading of my mother before going out several times. Because apparently, I am safer wearing clothes that cover me. Well, I don’t feel it either of the ways. These questions of logistical and practical significance that our government has done little about straight away take me to bridging the sociological gap between the genders. It’s a far away shot. But I feel that this inequality is a cognitive orientation, a mindset that when changed slowly will do away with the logistical and practical concerns of women safety. It is all interconnected,” explains Asavari Sharma, a student of Sarah Lawrence college of New York, living in Gurgaon.

In today’s day and age, it is despicable that women still have to struggle to access basic fundamental rights and facilities. Whether at home, the workplace or the streets, we are continuously harassed and discriminated against. We are told to take precautions in the form of “modest attire”, avoiding public transport, coming home early at night but little is done to ensure these unfair restrictions are not imposed on us. For, we have been reduced to a nation steeped in hypocrisy, where female deities are worshipped but little is done to protect the daughters of this land. Till every female in every corner of this country feels safe, irrespective of time or place, all development is merely pseudo-development and it is high time that politicians and the administration at large, fix this patriarchal system that does little to provide the safety and security that is our birth right.