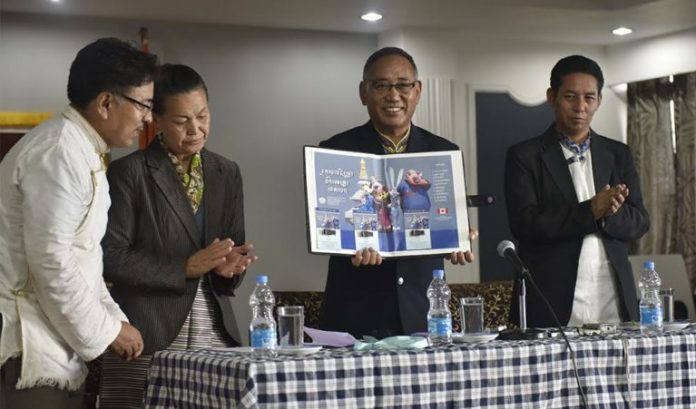 The exiled Government of Tibet on Wednesday released its first ever animated film, titled The Forgetful Agu Phagpa at Dharamshala, Himachal Pradesh. The Tibetan government also released a dubbed version of Buddha’s Sutra alongside the animated film.

Both films were released by the Department of Education of Tibet Government with the aim of promoting the language, identity, culture and traditional history of Tibet through digital storytelling.

“This groundbreaking initiative, on behalf of the Education department, represents our commitment and service towards preserving Tibetan language and culture; revitalizing awareness and appreciation for one’s language in schools and at home” said Ngodup Tsering, the Education Secretary of Government of Tibet.

He appealed to Tibetan origin parents, living in India and across the world, to encourage their children to converse in Tibetan.

The animated film, The Forgetful Agu Phagpa, is produced by the Department of Education and created by Jamphel Animation. Buddha’s Sutra, originally in Hindi was dubbed in Tibetan and translated by Acharya Karma Monlam, Chair of the High level Standardizing Board. The project was funded by Global Affairs Canada.