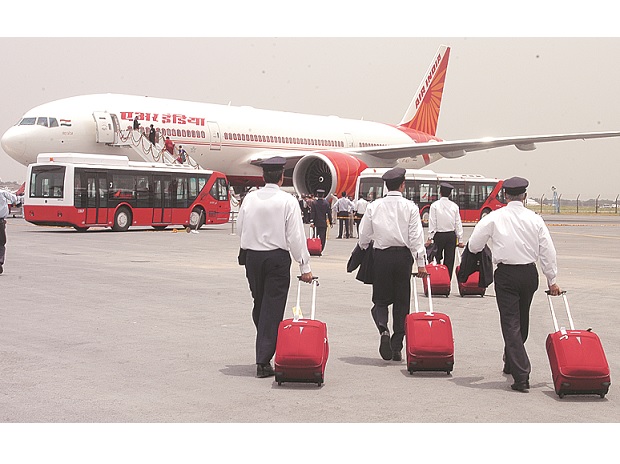 The Tata group is believed to have held preliminary discussions with senior government officials for participating in the privatization process of the beleaguered airline.

According to sources familiar with the developments, the Tata group is open to purchasing a stake in Air India, which JRD Tata launched in 1932. If the talks fructify, the national carrier’s history may come full circle.

While it is not known whether the talks were held at the behest of the government or the Tata group, a source close to the developments said preliminary discussions had been held but were yet to reach a “serious” stage as of now. When contacted, a Tata group spokesperson said, “We do not comment on such matters.” Senior civil aviation ministry officials, who are at the Paris Air Show, could not be contacted.

While there is no certainty that the deal would go through, the Tatas’ acquisition would bring a lease of life for Air India and increase competition in the Indian skies. Sources also added that Tata group might try to rope in its existing joint venture partner Singapore Airlines to buy a stake in Air India. The Tatas run two joint venture airlines — AirAsia India and Vistara — both of which are relatively small operations compared to Air India.

Being late entrants in the domestic market, the rise of both carriers has been hindered by slot constraints and pilot shortage. On the other hand, Air India is an established brand and has the third largest share in domestic market and second largest share in the international market (ex-India) with prime slots in domestic and international airports. This makes it attractive for potential suitors.

Regaining ownership of Air India would be a dream come true for the Tata group which made two unsuccessful attempts to acquire a stake in the airline in the previous National Democratic Alliance regime. The group’s chairman emeritus Ratan Tata, an aviator himself, is passionate about the sector and he was the driving force in the group’s re-entry into the airline space with AirAsia and Vistara.

The Tatas have a long history of aviation. JRD Tata began the first air mail service by an Indian company – operating a flight between Karachi and Mumbai in October 1932. This was followed by passenger services within the country and heralded the birth of Air India. Tata Airlines became a public company in 1946 and was renamed Air India. Its iconic mascot Maharaja was also created in the same year.

After Independence, the government bought 49 per cent stake in Air India in 1948, and nationalized the carrier in 1953. However, JRD Tata remained its chairman until 1978, when he was removed from the post by the Moraraji Desai-led Janata Party government. Almost a decade later, Ratan Tata was named the chairman of Air India. He held the post for three years, from 1986 to 1989.

Inter-ministerial consultations had taken place on the future road map of Air India and the Cabinet will have to take a call on the matter. Air India is under a Rs 30,000-crore government bail-out plan and is saddled with a debt of over Rs 46,000 crore.

However, the government is yet to take a decision on selling stake in Air India. “They (civil aviation ministry) have raised some reservations on privatizing Air India,” said a finance ministry official, and added that the matter was being deliberated upon. “They are in favor of continuing operating the national carrier by retaining a majority stake,” the official said.