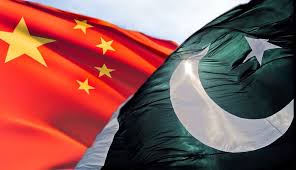 Pakistan has decided to make visa rules stringent for Chinese citizens after the recent abduction and killing of a Chinese couple from Quetta who was alleged of preaching Christianity secretly.

The Interior Ministry took a policy decision to review the conditions and requirements for the issuance of visas to Chinese nationals.

This would ensure transparency in the visa process and also prevent the misuse of a visa-friendly regime that exists between the two countries.

According to reports, the embassy in Beijing would be asked to ensure strict scrutiny of the documents provided for the visa to ensure that the influx of Chinese nationals visiting Pakistan may not flout the visa rules and regulations.

Now business visas and visa on arrival to Chinese nationals will only be granted after production of invitation and assignment letter duly certified and endorsed by the recognized Chamber of Commerce and Industry of the country.

The meeting also decided that the extensions in work visa would be granted by Interior Ministry only on request and after provision of required documents by employer.

Reintroduction of Pakistan Origin Cards (POCs) to foreign spouses who are married to Pakistani nationals, was also decided during the meeting.