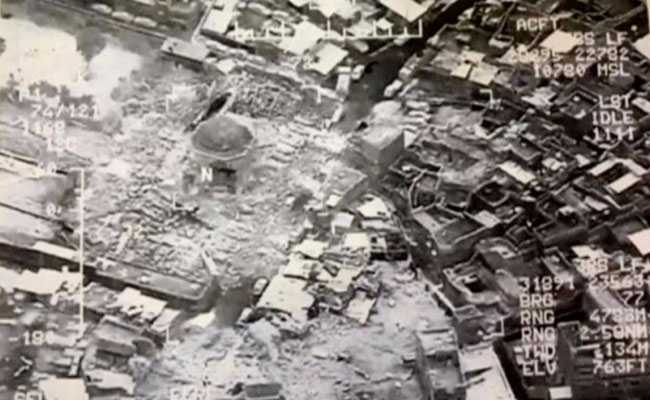 The Mosul’s iconic minaret which was there for the last 800 years and an adjacent Mosque was blown up by Jihadis on Thursday. The adjacent mosque was the one where ISIS leader Abu Bakr al- Baghdadi in 2014 declared himself the ‘Caliph’.

Iraqi Prime Minister Haider al-Abadi on Wednesday said the destruction of the sites was “an official declaration of defeat” from the jihadists in the eight-month-old battle for Mosul.

“Our forces were advancing toward their targets deep in the Old City and when they got to within 50 metres of the Nuri mosque, Daesh (IS) committed another historical crime by blowing up the Nuri mosque and the Hadba” mosque, Staff Lieutenant General Abdulamir Yarallah, the overall commander of the Mosul offensive, said in a statement.
ALSO READ: Man shouts ‘Allahu Akbar’, stabs officer at Michigan airport
These were two of the Mosul’s best-known landmarks. “We can confirm that the al-Nuri mosque was destroyed,” said Col. Ryan Dillon, a spokesman for the U.S.-led coalition. “It was not as a result of coalition strikes. We did not strike in that area this evening.”
ShareTweetGoogleWhatsappPrint
Mail