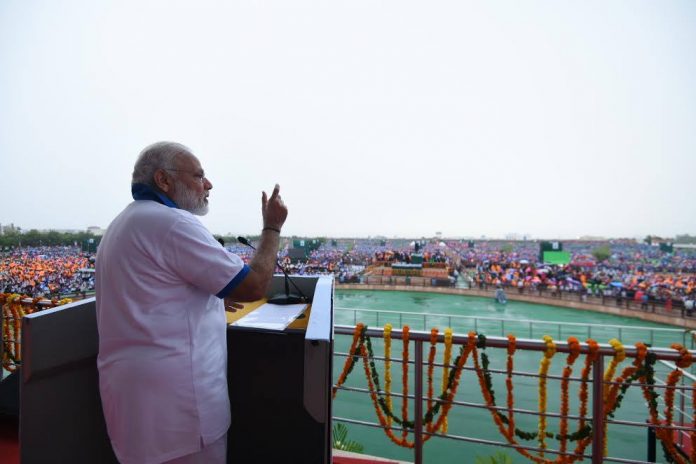 Conveying his greetings to all those who joined the Yoga Day 2017 celebrations across India and the world, Prime Minister Modi said Yoga’s immense popularity outside India is high and has connected the world with India.

“I am happy to see so many Yoga institutes being opened over the last three years. Demand for Yoga teachers is increasing. Apart from fitness, wellness is important. Yoga is a medium to achieve wellness,” Prime Minister Modi said.

“I am glad to see several Yoga institutes take shape over the last three years. Demand for Yoga teachers is increasing,” he added.

“Yoga is an art of living. It teaches to remain united. Yoga is a part of our tradition and it integrates us,” he said.

Meanwhile, the 80 minute Yoga session is in full swing despite the heavy rain.

In order to make the International Yoga Day programme a success, various organisations, NGOs and Yoga gurus have held camps and practice sessions.

Massive security arrangements are in place in the state capital in view of Prime Minister’s visit. Large numbers of police officers and 25 companies of PAC are deployed.