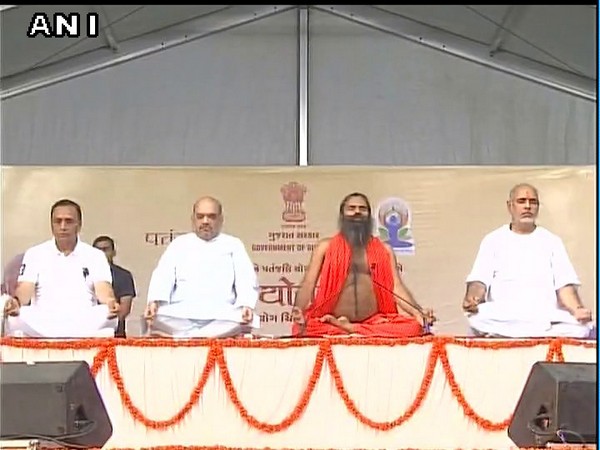 Union Minister M. Venkaiah Naidu took to Twitter and appealed to the people to make the ancient practice a part of their daily life to experience the tranquility of mind, body and spirit!

“Happy International #YogaDay2017 to one and all! Make yoga a part of your daily life to experience the tranquility of mind, body & spirit!” he tweeted.

Happy International #YogaDay2017 to one and all! Make yoga a part of your daily life to experience the tranquility of mind, body & spirit! pic.twitter.com/m0jzXpy8bj

Maharashtra Chief Minister Devendra Fadnavis also urged the people to make Yoga an inseparable part of their lives, while asserting that it is the key to a healthy world.

As we march forward on the path of devpt,it is imp to have healthy citizen,healthy society&healthy Nation.
Yoga is the key to Healthy World!

#Yoga not only helps with physical fitness but also boosts efficiency & confidence.
I appeal to make #Yoga an inseparable part of your life! pic.twitter.com/u3HPzPUvwR

Hundreds of countries are uniting to mark the Yoga Day today. Celebrations have already begun in India as well as in many other countries across the globe.
Prime Minister Narendra Modi has also arrived at Uttar Pradesh’s Ramabai Ambedkar Ground to participate in the International Yoga Day function with over 60,000 participants.

The 80-minute yoga session is expected to begin around 6:30 a.m. in the morning. Several dignitaries, politicians, and bureaucrats will participate in the event.