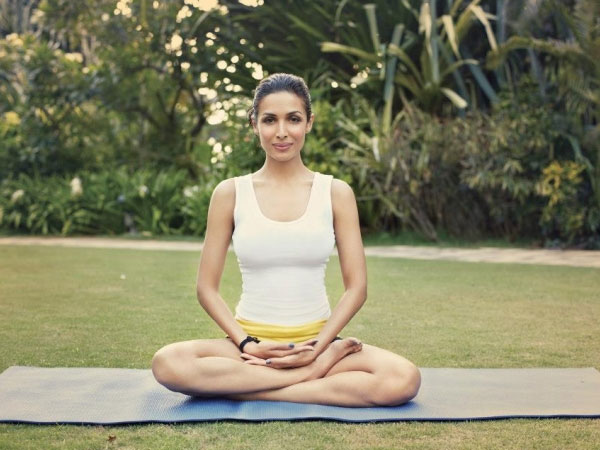 While PM Narendra Modi decided to take the initiative to spread Yoga worldwide, Bollywood superstars are also making it a part of their exercise regime. While Shilpa Shetty has been the Yoga ambassador for a while now, it is actor Kareena Kapoor Khan, mother to six-month-old Taimur Ali Khan, who made waves recently for regaining her figure quickly by doing yoga.

While Shilpa Shetty has a yoga DVD and a dedicated YouTube channel for her yoga clips, including those showing how to do the Suryanamaskar.

Bakasana, It’s taken a lot of practice and it’s finally happened! The harder the struggle the more glorious the triumph! #WorldYogaDay pic.twitter.com/5qbnk1sIWw

Shilpa has been quoted as saying, “Yoga didn’t just help me with my body; I also became fitter from within. It helped me to focus better. In the movies, we may look very glamorous and fit, but believe me, not many of us are actually fit from within. Yoga has helped me achieve that.”

Amitabh Bachchan is also one of them and is a Yoga enthusiast:

Another superfit actor Bipasha Basu is also a Yoga freak, she also released DVD of solo fitness with her husband, Karan Singh Grover. “The idea behind releasing my yoga DVD is to make more people aware of yoga, and achieve a synchronised growth of mind, body and soul,” Bipasha said.

Yoga is like Life – It’s a beautiful balance of Holding On & Letting Go ❤️ Its magical ❤️ Keep practicing , we are all work in progress. Happy #internationalyogaday #loveyourself #yogimonkey

Among other stars, there are Deepika Padukone, Sonam Kapoor, Nargis Fakhri, Jacqueline Fernandes, Parineeti Chopra, Ileana D’Cruz and Malaika Arora Khan who are known to be yoga enthusiasts.