Home Home Slider Hindu can’t be terrorist, only Sanghi can be one: Congress 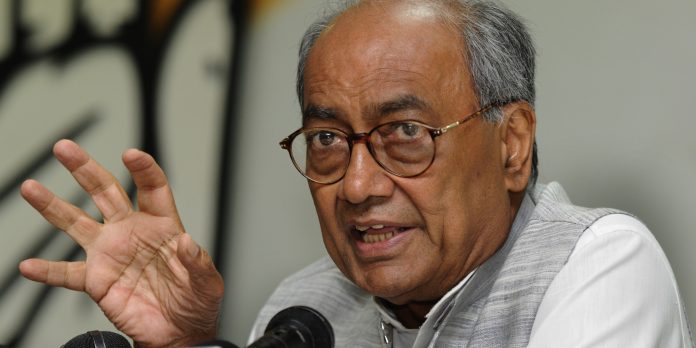 New Delhi [India], June 21 (ANI): Following Haryana Minister Anil Vij’s ‘Hindu cannot be a terrorist’ statement, the Congress Party on Wednesday asserted that a Hindu can’t be a terrorist, only a Sanghi can be one.

Earlier in the day, the Bharatiya Janata Party (BJP) backed Vij’s statement, saying that it would be a contradiction to call Hindus terrorists as the Hindu religion is not a fundamentalist.

“In the actual sense, it is correct. It is a contradiction to say Hindu and terrorists because religious terrorism cannot take place unless there is a fundamentalist attitude in that religion. Hindu religion is not fundamentalist because we have many books, many ways of thinking. Somebody worships Shiva, while some worship Vishnu. There is no one doctrine in Hindu religion. We don’t have one book, one church or one Mecca. With this variety and widespread alternatives it is impossible to be a fundamentalist,” BJP leader Subramanian Swamy told the media.

Senior BJP leader and Haryana Health Minister Anil Vij on Wednesday said there cannot be any term like ‘Hindu terrorism’, and added that a Hindu can never be a terrorist.

Speaking of the 2007 Samjhauta Express blast case where 68 people were killed, the BJP leader said it’s a very serious issue that the two people arrested from Pakistan in the matter have been released while the people from India are still treated as terrorists and call it ‘Hindu terrorism’.

“This is a game played by the Congress party, and I believe on their instructions, these Pakistanis were released. They are freely roaming now and I think this party’s aim was to establish the political scenario,” he added. Vij further said that a Hindu, by nature, can never be a terrorist.

“If Hindus had been terrorists, then no other terrorists have existed. However, because of political reasons, Congress party wanted to create Hindu terrorism to counter terrorism created where Muslim terrorists are involved,” he asserted.