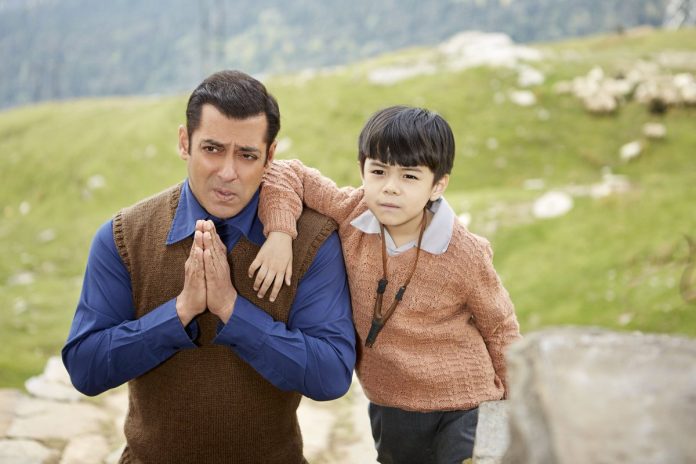 Salman Khan held a press conference recently to introduce his little co-star Matin Rey Tangu in their upcoming movie Tubelight. Matin who hails from Itanagar, Arunachal Pradesh was asked by a reporter if this was his first time visiting India, assuming he is Chinese. The blatant ignorance and racism displayed by Indian Journalism proves yet again how legacy media is in dire need of a reality check.

This embarrassing slip-up has brought to light the ignorance regarding Northeast regions of the Nation as well as the racial slurs and alienation they are subject to.

The eight-year-old unable to understand the reporter’s question, asked her to repeat it again. Realising her goof-up, she attempted to cover it up by rephrasing the question to, “Is it your first time in Mumbai?” However, Salman who heard the question repeated it to Matin.

The child, confused by this absurd question had the audience in splits when he replied,“India? Hum India per hi baithta hai, toh India par aayega hi kaise?” (I live in India. How will I ‘come’ to India?) A befitting reply for the journalist and wake up call for mainstream media. Hopefully, next time they will conduct a thorough background check, if not improve their general knowledge.

Tubelight is the story of a man who wants his brother to return from the 1962 Sino-Indian war. It also stars Chinese star Zhu Zhu who is making her Bollywood debut and from the trailer seems to be playing Matin’s Mother.