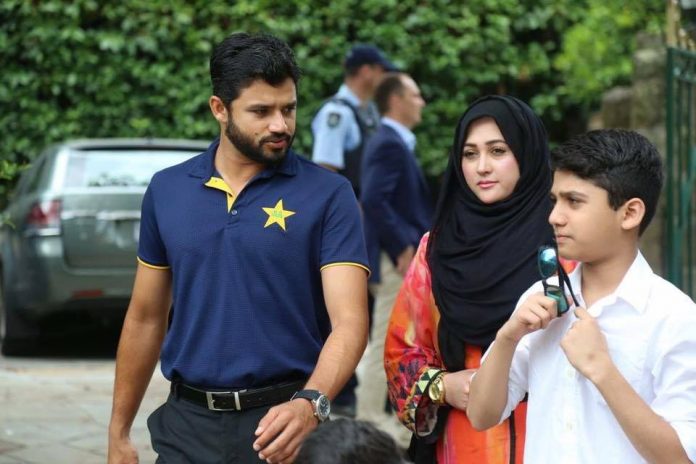 Days after the ICC Champions Trophy 2017 final between India and Pakistan happened, a tweet came with loads of happiness by Pakistan’s opener Azhar Ali, proving that sports is always beyond the boundaries. The cricketer thanked MS Dhoni, Virat Kohli and Yuvraj Singh for clicking pictures with his sons. Within one hour after he tweeted, the tweet earned 4,700 likes and 2,300 retweets and counting!

“Thanks to these legends for sparing their time for my kids they were so happy,” Azhar Ali says on Twitter. His tweet is accompanied with pictures of Dhoni, Virat and Yuvraj posing along with his sons.

Thanks to these legends for sparing their time for my kids they were so happy…. @msdhoni @imVkohli @YUVSTRONG12 pic.twitter.com/mxWlwsOxrI

This picture obviously touched the string of people’s heart, and the Bollywood Filmmaker also commented on this picture:

Humanity restored! The world is changed by your action not your opinion.

Here’s how the tweeple reacted:

that’s the spirit behind the cricket..isse hi insaniyat kehte hai…

Wonderful to see Indian legends doing what makes them a wonderful human being and legend in its true essence. Thanks Team India.

Aggression should be left on the field. Off the field we are all human and share a common love – cricket! Lovely pics 🙂

The best part addressing them as legends 🙂 Thanks a ton @AzharAli_ 🙂