Home Cityscape Bengal defies Beacon Ban with use of flags 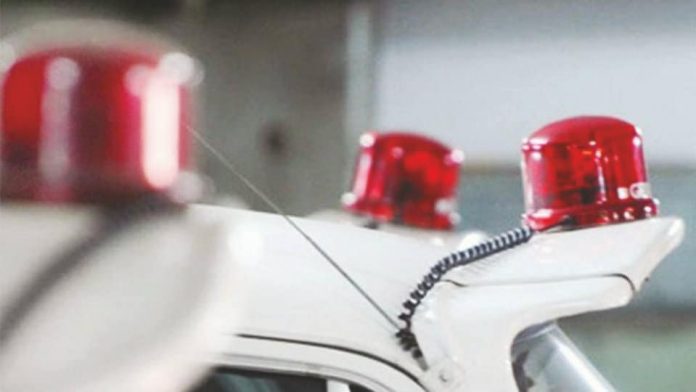 The West Bengal government has found an interesting way to beat the Central Government’s beacon ban for Government vehicles. The Centre has banned used of any beacon by VIPs and all dignitaries since May 1. It allowed only vehicles of police or those used for disaster management to use beacons. Many states including West Bengal, Uttar Pradesh objected to this ban, since it could pose challenges in case of law and order enforcement.

However, under the scheme by Bengal’s government, senior officials of the state can use different types of flags on their official vehicle.

The scheme has three types of flags— rectangular, swallow-tailed and triangular — which have been notified depending on the rank of the official for use on the bonnet of their designated vehicles. The notification specifies the types of flags, their size and colour.They can only be used when the officer concerned is on duty and is for officials of the Indian Administrative Service, who represent the government at various levels.

The notification says, “In view of the significant rise in the level of interaction with various international and national level authorities, it is felt that a flag for use on vehicles being used by senior officials of the state government shall convey a greater sense of government’s intent and enable smoother interactions without compromising protocol.”

The department has said use of any other flag other than the National Flag is not restricted by any regulation under Central/ State Motor Vehicles Act or Rules. It adds, “High ranking officials/ dignitaries of various organisations/ non-uniformed services, such as high courts, universities and various services of the Union of India have been using the flag representing the institution that they represent.”

In order to ensure uniformity, the state transport department will be responsible for procuring the flags. The government will maintain a database and will share it with NHAI, Kolkata Municipal Authority and Kolkata Police besides the police directorate.