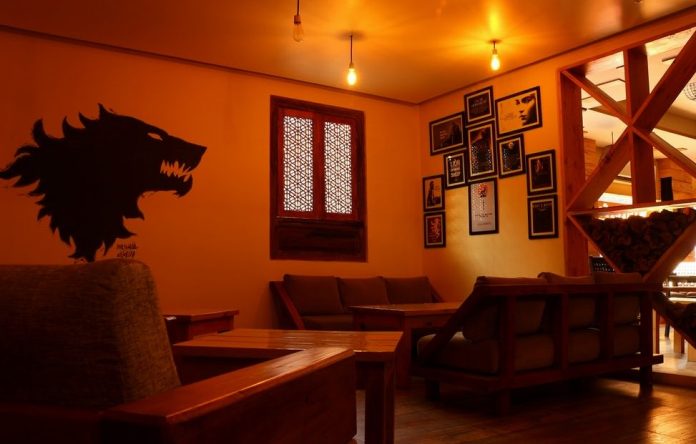 Game of Thrones has garnered a massive fan following since its commencement all over the world and India wasn’t far behind. Taking this love for the show a step further, India now has its own ‘GoT’ themed – ‘Winterfell Cafe’. More importantly, the location is none other than India’s own version of the North – Kashmir.

Kashmir and its people have an uncanny similarity when compared to the North and the Starks. Whether it’s the range of misfortunes, the unfair treatment meted out to them or the struggle between various power houses to gain control of their land, both have been engulfed by violence and bloodshed.

The resilience of the Starks also mirrors those of Kashmiris, who have have been fighting for freedom for decades. The political turmoil makes the storyline of the Starks extremely relatable to the Kashmiri youth.

Winterfell cafe is now on Facebook and Instagram, where pictures of the cafe, information about live sessions, interviews and other events are posted. Follow these pages to keep yourself updated and get a taste of Game of Thrones.

Kamran Nissar, who was one of the two behind inception of this cafe, confirming these reports said, “In GOT Winterfell is the seat of the ruler of the North and the traditional home of House Stark,  located on the Kingsroad that runs from Storm’s End to the Wall . There are barely any young people who have watched GoT who do not feel a little Stark-esque.  Winterfell was thus, the obvious choice.”

The cafe with its very own Iron Throne and other GoT-related art work and products is a must visit not only for all die hard fans, but anyone who wishes to take a break from reality. This promising venture, although relatively new has been voted the 2nd best cafe in Kashmir.

From the House flags at the entrance to the European aesthetic of the cafe, the visitors are reminded of the very best moments from the series.

Anyone who visits the cafe will be treated like Khaleesi as promised by the owners, just if you needed another reason to visit out of the hundred already!