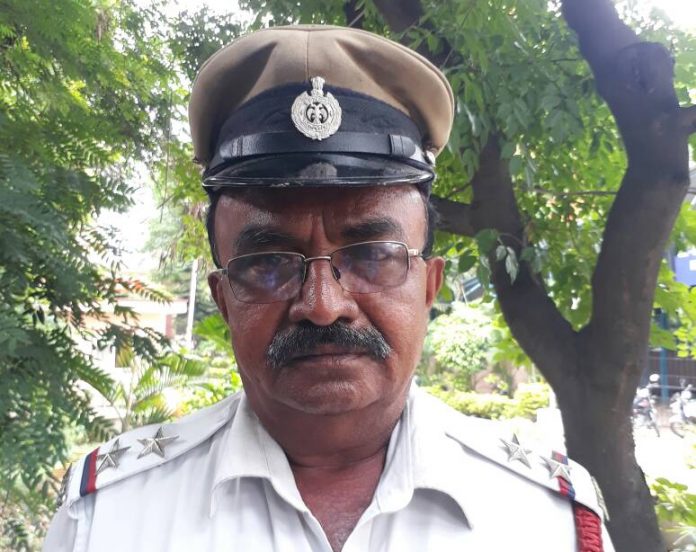 A traffic police officer deployed at Bengaluru’s Trinity Circle on Saturday won hearts of the city and the netizens alike for deftly making way for an ambulance even as a convoy of the President of India was to pass through a busy junction.

The Bengaluru Police later announced a reward for traffic police sub-inspector M.L. Nijalingappa for making way for an ambulance during the convoy movement of President Pranab Mukherjee, who was in the city for the inauguration of Metro’s Green Line.

The President’s convoy was heading towards the Raj Bhavan when Nijalingappa is reported to have spotted an ambulance trying to find a way towards a private hospital near HAL.

The sub-inspector quickly passed on directions to do the needful and let the ambulance travel through the traffic-heavy road.

Following this, it didn’t take much time for the Twitter and the Facebook, including pages of the Bengaluru Traffic Police (BTP), to get inundated with appreciation messages for the officer.

PSI Sh Nijlingappa is rewarded for deftly allowing the ambulance before the 1st citizen of India. @blrcitytraffic gives way to 🚑, do you? pic.twitter.com/KoI2nap14N

The policeman who took such initiative to be rewarded. Well done! @AddlCPTraffic 👍👍 https://t.co/GJhFVBrAap