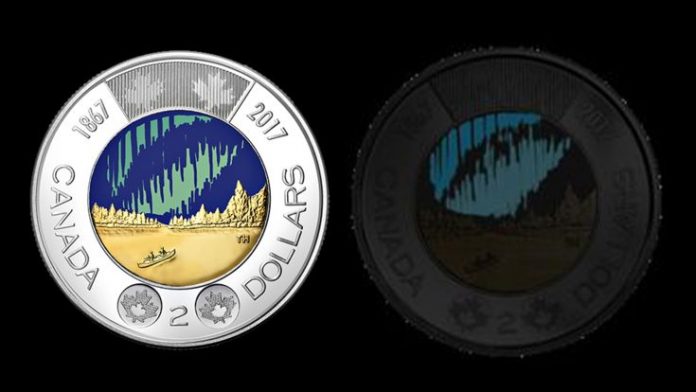 To commemorate Canada’s 150th anniversary, the Royal Canadian Mint has released a new C$2 coin that glows in the dark. The coin will be the first glow in the dark currency to enter into active circulation.

The Royal Canadian Mint will release three million coins, dubbed as “toonie,” into circulation. The design on the coin depicts two boaters looking up at the Northern Lights, which glow in the dark. The coin was designed by Timothy Hsia and his design beat 10,000 other designs to become the official design for the C$2 coin.

The Royal Canadian Mint had previously created a glow in the dark coin that featured a glowing Pachyrhinosaurus Lakustai dinosaur skeleton but was not introduced into general circulation.