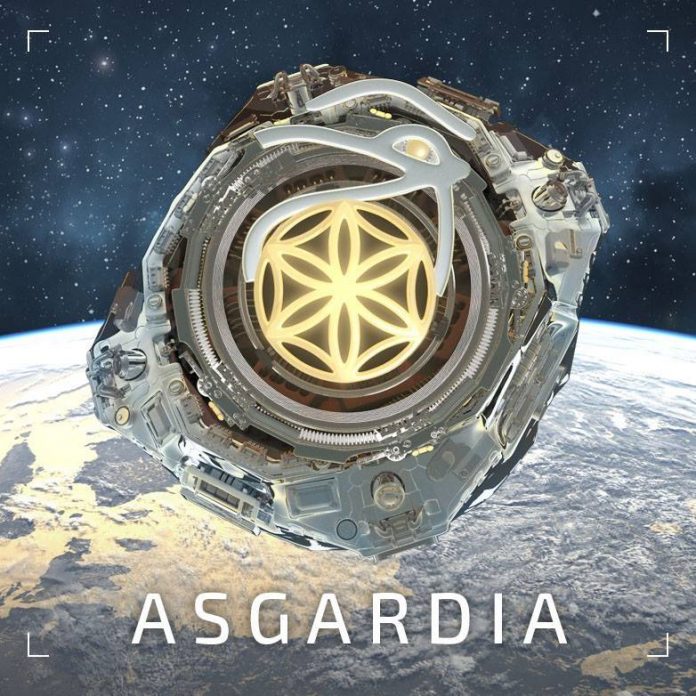 Asgardia is to be the first nation in space for humans. In ancient Norse mythology, Asgard was a city in the skies, a nation of Gods. It is manifestation of a human’s desire to leave earth and be at one with the universe.

This project by Dr. Igor Ashurbeyli, announced in October 2016 is open to all residents of planet Earth independent of race, gender, nationality, wealth, religion. Anyone of the age 18 and above with an email-id is free to join, by signing up on the Asgardia website. Information can be found on their social media pages on Twitter and Facebook as well.

Curious about applying for your space nation citizenship? Check out #Asgardia for yourself: https://t.co/snEtCEKQFM pic.twitter.com/QAzPHGDJUG

Today, there are approximately 2,28,1124 Asgardians from 220 areas, with the number of citizens consistently rising. The project’s mission is to provide a “peaceful society” in space. As stated on its website, “Asgardia’s philosophical envelope is to ‘digitalise’ the Noosphere, creating a mirror of humanity in space but without Earthly division into states, religions and nations. In Asgardia we are all just Earthlings!”

This unique and “out of the world” concept aims to provide easier access to space technologies, ensure Earth’s conflicts are not transferred into space and protect Earth from space threats such as asteroids.

However, for the time being Asgardia’s citizens will remain based on earth. The age group most involved ranges from 18-35 years, with the largest number of citizens from China, where 32,000 plus have signed up. Although a massive gender imbalance exists with 83% male to 16% female and 1% other.

Asgardia will be a space nation that is a trans-ethnic, trans-national, trans-religious, ethical, peaceful entity trying to settle the humanity in space.
Asgardia will establish a physical presence in space via a series of satellites, the first of which, the Asgardia-1, will be launched into orbit around the Earth on September 12, 2017, Ashurbeyli revealed at a press conference in Hong Kong this month.

We will be launching our 1st satellite, Asgardia-1, from the NASA Wallops Flight Facility on Chincoteague Island, Virginia, USA this Autumn. pic.twitter.com/o8NaVAbM9X

The nano satellite, or “nanosat”, is small — about the size of a loaf of bread — and weighs just 6 pounds (2.8 kilograms), but don’t be fooled by the size as it can hold 300 kilobytes of data per person for the first 100,000 citizens who signed up.After that, 200 kilobytes will be offered to the next 400,000 people, and 100 kilobytes thereafter for one million citizens.The data will include things like family photos, Ashurbeyli explained.

The Asgardia team aims to create habitable platforms in low-earth orbits. The first flight which will take humans to the location is scheduled in 8 years time. An image of the envisioned platform was posted on twitter.

Dr. Asherbayli is currently handling the finances either through private sources or according to speculation, singlehandedly. The Azerbaijan-born Russian graduated from the Azerbaijan State Oil Academy in 1985, and three years later founded Socium, a software and consulting firm turned holding company with over 10,000 employees, according to his website.
After moving to Moscow in the 1990s, he became a heavyweight in the science industry and, in 2010, was awarded the Russian State Science and Technology Prize. He founded the Aerospace International Research Center (AIRC) in Vienna, and is currently the chairman of UNESCO’s Science of Space committee.

At the conference in Hong Kong, Ashurbeyli explained that Asgardia has been his dream project. “I was interested in doing something unusual that nobody else was doing,” Ashurbeyli told CNN. “It was my dream to create an independent country.”
“I thought: ‘Why not organize a country?’ Not only for lawyers. But for technicians, for engineers, for every human … because he’s currently restricted by the laws of the country he was born in.”
Asgardia advocates for the creation of a new legal platform in space.

Becoming a legitimate country is the most pressing goal for Asgardia. Ashurbeyli says Asgardia will apply for UN recognition as a nation in 2018. But whether Asgardia will get that far is uncertain.
“A state has to have these characteristics: a permanent population; a defined territory, a government, and the capacity to enter into relations with other states. And it must be recognized as a state by other states,” Joanne Gabrynowicz, a space law expert and professor at the Beijing Institute of Technology’s School of Law, told CNN.
“So the premise that Asgardia is a ‘nation’ is debatable.”

Ashurbeyli says Asgardia will form a democratic government in the next six months, and then a Court, Prosecutors Office, National Audit Office and the other governmental bodies.
All countries have problems, and soon we will have the same problems. As of now, various ministries are being formed such as Ministry of Finance, Citizenship etc. that can be found on the website. Governmental departments will be run by Asgardians in the locations they represent, while the administrative center will be in Vienna.

If executed properly, Asgardia could be a ground-breaking invention in the field of Science and technology.