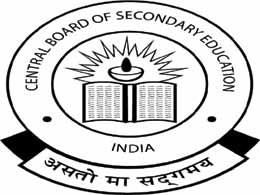 The Central Board of Secondary Education (CBSE) after much speculation and delay declared their Class 12 Board results 2017 on May 28th. However, it seems that the Board has not done justice in declaring the results with questions being raised regarding the authenticity of the nation’s biggest board. Reports suggest that there have been various totalling errors in Class 12 marks, possibly due to pressure from higher authorities to release the marks early.

Multiple students who appeared for the CBSE examinations happened to be disappointed with their marks. A recent report stated that Sonali, a class 12 student from Delhi was horrified to learn she scored a mere 68 marks in mathematics. Another student, Samiksha Sharma was shocked when she received a mere 42 in mathematics.

After the duo applied for verification, (re-totalling of marks) at CBSE, their marks increased by a massive margin. Sonali reached a 95 from 68 and Samiksha reached 90 from 42 (more than double). Most of the mistakes were made in either Mathematics or Economics papers.

The number of applications for verification of marks has been huge as compared to previous years. Out of the total candidates, 10, 98,420 candidates gave class 12 examination at 3,503 centres across the country.

Delhi High Court on Friday orally observed that CBSE should not have done away with its re-evaluation policy as it makes mistakes in evaluation of answer sheets.

“You (CBSE) should not have done that. You too make mistakes,” Justice Sanjeev Sachdeva said.

ALSO READ: Mirwaiz cheers for Pak again, Gambhir suggests him to ‘cross the…

In 2016, the CBSE scrapped its age old practice of board exam paper revaluation as only few applicants applied for it. Currently, only verification and not re-evaluation is done.

Therefore, this development is making a lot of people wonder whether CBSE is losing its credibility?