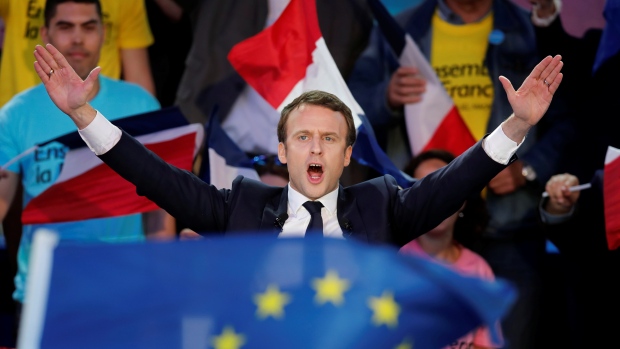 Macron who became France’s youngest-ever president just over a month ago led his party to victory, crushing the traditional parties that had dominated French politics for decade. Macron’s party, along with a smaller ally have secured 360 seats in the 577 seat French National Assembly.

However, Macron’s success came as France witnesses the lowest voter turnout in its election history. On Sunday, only 43 percent of the voters in France casted their votes. The low turnout has been due to the French public’s apparent revulsion of the mainstream left and right parties that have historically dominated French politics.

Meanwhile, Far-right leader Marine Le Pen, runner up in the presidential election, won a seat in parliament for the first time.

She won her northern constituency of Henin-Beaumont with a large majority and said would “fight the harmful projects of the government with all necessary means.”