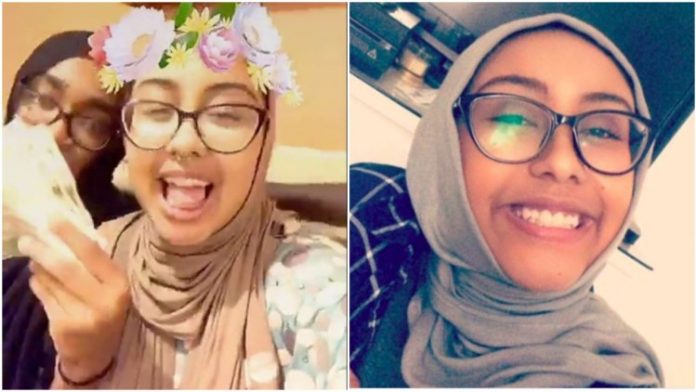 Hate crimes are on the rise in The United States of America ever since the Trump Administration has come into power. In another recent incident, the police in Fairfax Virginia believe that they have found the body of a 17 year old Muslim teen who was reported missing after leaving the mosque with a group of friends.

The group of girls were coming back at around 3:30 am after eating during a break from Ramadan prayers when a car pulled up and a man with a baseball bat jumped out and started swinging at them.

According to accounts from police and mosque officials, all of the teens except for one fled the scene. Members from the community found the group and directed them to the ADAMS Center, which immediately notified officials at around 4 a.m., Rizwan Jaka, a board member at ADAMS, said in a statement.

Social media is flooded with posts demanding justice and offering support to family and friends of the victim. Linda Sarsour, a Palestinian-American activist as well as mother of a 17 year old expressed concern over the growing Islamophobia.

After starting their search at 4 a.m. on Sunday, officers found the remains of a female in a pond in Sterling, Virginia around 3 p.m. Police said they believe the body they found is Nabra, however due to the battered and mutilated state of the corpse haven’t confirmed the identity yet.

“Our detectives are fairly certain that it is her,” Tawny Wright, a spokesperson for the Fairfax County Police Department said. “But the Chief Medical Examiner still needs to conduct an autopsy to confirm the identity.”

During the search, an officer saw a car driving suspiciously in the area and pulled the driver over before taking him into custody. A baseball bat which is believed to be the murder weapon was also recovered in the area, although the police has not yet confirmed this statement.

Darwin Martinez Torres, 22, of Sterling has been arrested and charged with murder, police said.

Muslims across the world reach the final phase of celebrating Ramadan, a month-long festival where worshippers fast throughout the day from sunrise to sunset, ending with a massive feast and celebration. During this holy period, such news comes as a massive blow to not just the Islamic community, but the world at large.

Abubakkar Choudry, who has attended prayer service at the ADAMS Center this Ramadan but was not there Saturday night, said the community is “shocked and horrified,” since he believed Northern Virginia to be a fairly diverse community.