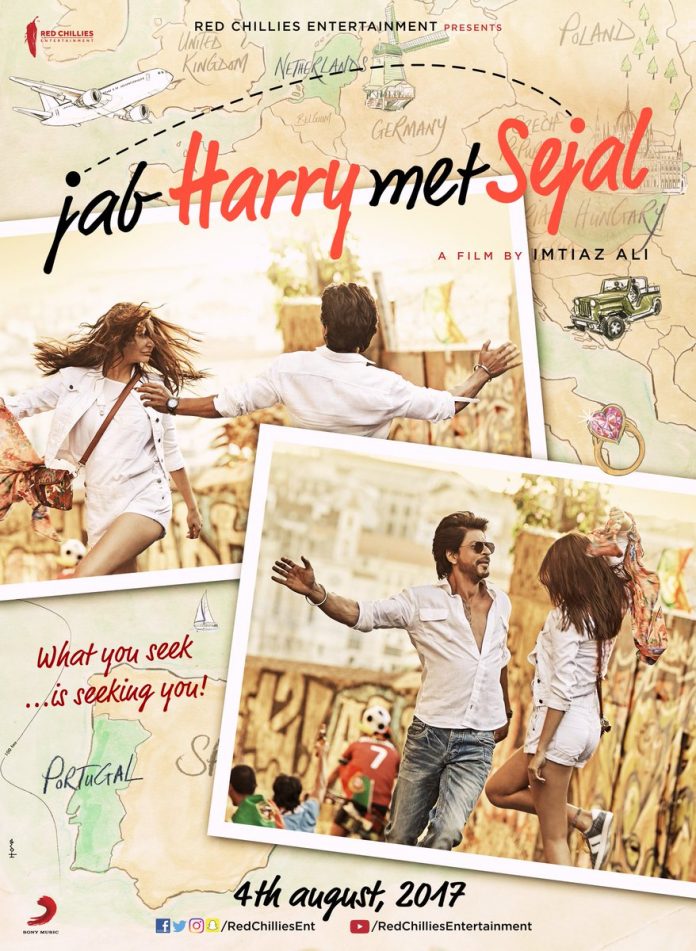 Shah Rukh Khan has chosen the perfect occasion to introduce ‘Harry’ and ‘Sejal’ to the audience. The actor is all set to unveil ‘Jab Harry met Sejal‘ mini trails during the India vs Pakistan finals cricket match today.

The cricket match serves as a perfect platform to unveil the introductory content units from the film owing to heightened TRPs.

Team ‘Jab Harry met Sejal’ is making most of this opportunity and will introduce one of the many ‘mini trails’ from the film to sports and cinema lovers during the CT17 finals.

Also Read: Neither intimidated nor arrogant: Kohli ahead of Ind vs Pak final

Shah Rukh and Imtiaz Ali, the director of the film, have decided to innovate with the communication of their film, which hits the screen on 4th of August.

‘Mini trails’ are a series of 30 second clips from the film, which will be released first as an introduction to what ‘Jab Harry met Sejal’ team has in store to offer.

The ‘Mini trails’ will serve as a build up to the songs of the film, and help communicate the essence of the love story.

Also Read: KJo hits back at trolls with this funny message

The film, a love story, is laden with beautiful music. Each trail from the film introduces the personalities of Harry and Sejal. It will lead the viewers to the dreams and complexities of the two characters.

Presented by Red Chillies Entertainment, ‘Jab Harry Met Sejal’ is directed by Imtiaz Ali. The film is all set to release on August 4th.