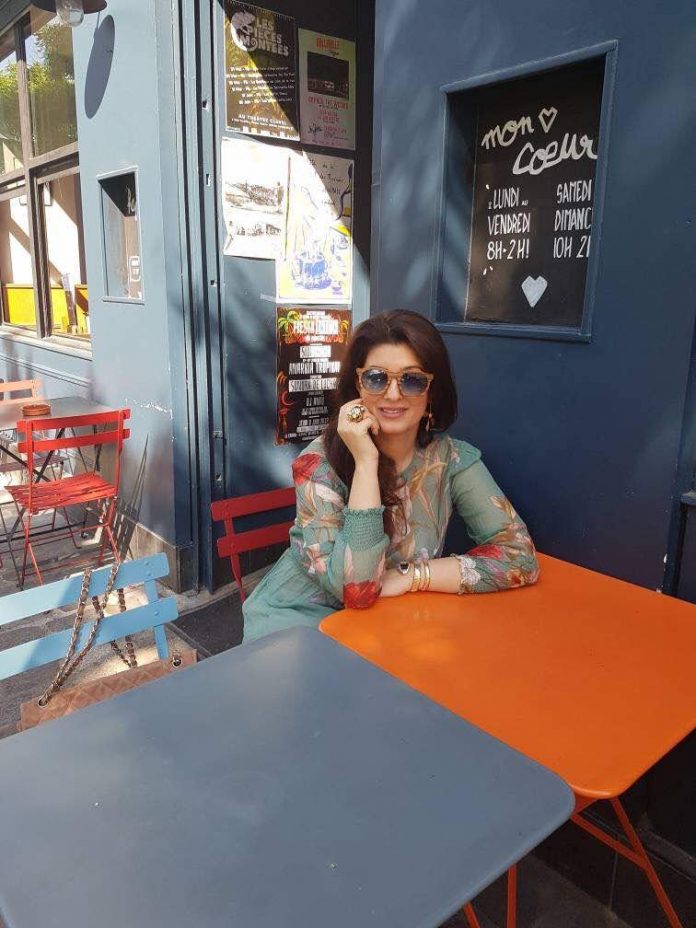 Twinkle Khanna a.k.a Mrs. Funnybones is not only a full-time mother and homemaker but also a writer and celebrated columnist. In the midst of this whirlwind routine, she definitely deserved a break and what better place to relax but, Paris.

Khanna’s french vacation with a girlfriend and it’s display on Instagram and Twitter managed to evoke the green serpent in all our hearts.

Her luxurious Airbnb stay that she promoted on multiple social media forums, calling it “home away from home” was definitely an idyllic setting.

This exotic vacation provided her with an authentic taste of the French culture, from learning slangs such as “Oh, la vache” that means “Holy Cow!” to an understanding of how the French refuse to speak in any other language after the first meal of the day, it was truly an awesome experience.

In a recent interview on things she enjoyed most in Paris, she said “I didn’t quite enjoy eating macaroons before this trip. But, now I am hooked because we discovered this awesome place that makes the most heavenly macaroons. I binged on quite a few of them during my stay”

Khanna who openly acknowledges her love for books visited the legendary bookstore, “Shakespeare and Company” that she claimed was her “idea of heaven.”

Considered one of the most beautiful women in India, Khanna looked ravishing, sporting a radiant glow and a new hair colour. Giving credits to Loreal India and promoting its “French Brown” colour, she posted yet another gorgeous picture on Instagram.

Serendipity! I am in France and my hair is #LorealProfIndia ‘s French Brown! #Provence #LikeAFrenchGirl #FrenchBrown

Her solo trip came to an end when her husband, the Bollywood actor, Akshay Kumar and kids joined her there. Soon, they made their way to the next exotic location, Barcelona, Spain where the saga continued.