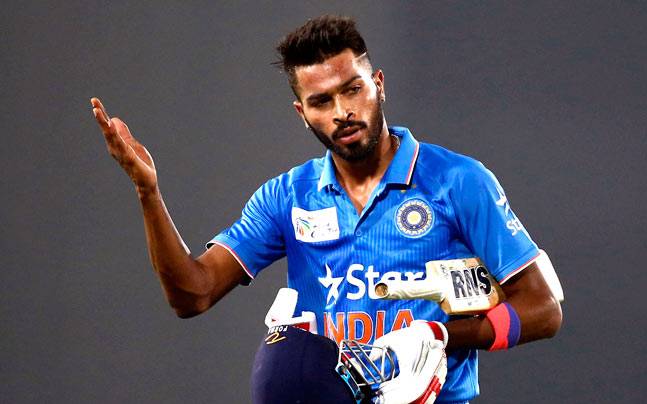 While India was completely outclassed by Pakistan in the finals of ICC Champions Trophy 2017, Hardik Pandya‘s scintillating efforts later in the Indian innings surely managed to restore hopes of victory for the Indian fans. He started hitting huge sixes and looked extremely dangerous against the Pakistan’s spin attack. Unfortunately, he was run out after a mix-up with R Jadeja looking to sneak a single.

His innings of 76 (43) with Four boundaries and six 6s didn’t go unnoticed and Tweeple started showering their love for his exhilarating efforts. Some also criticised Ravindra Jadeja and held him responsible for Pandya’s run out

Hardik Pandya. This is what we call a great performance. You are the next BIG thing in the Indian cricket team. #IndvPak

Salute u Hardik Pandya.
Our future is very bright because u r in Team India..Thank you @hardikpandya7
🇮🇳 vs 🇵🇰#INDvPAK #CT17 #BleedBlue pic.twitter.com/jMif7l6mUo

One more thing: Where do i apply to marry Hardik Pandya? 😍
#INDvPAK

Hardik Pandya Waiting For Jadeja In Dressing Room With His Bat!
😬😬😬😬#INDvPAK pic.twitter.com/JrnfZDTZWl