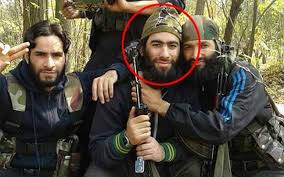 Section 144 of the Criminal Procedure Code (CrPC) is imposed in South Kashmir’s Kulgam and Anantnag region. The section prohibits free assembly of more than four people in an area. This happened after LeT commander Junaid Mattoo’s encounter.

Police and paramilitary forces have been deployed in huge numbers on the roads around Srinagar. A shutdown was called by the separatist leaders of the Valley to protest the killing of two civilians in an encounter on Friday in south Kulgam district.

The LeT militants ambushed a police jeep and killed six policemen, including a Station House Officer, and disfigured their bodies with bullets. Police today recovered bodies of the three LeT militants killed in a joint operation by Army, J-K Police and CRPF in Arwani village of Bijbehara in Anantnag.

Mattoo was a resident of Redwani village and the other two slain militants were identified as Nasir Wani of Heff village in Shopian and Adil Mushtaq Mir of Frestbal Pampore. During the operation , militants present in the area fired upon the search parties with automatic weapons. The fire was retaliated, and an encounter started,” said the spokesman.

“When the encounter was on an unruly mob instigated by the militants started pelting stones with an intention to disturb the operation and give chance to holed up militants to escape. Some of the militants also fired from within the crowd indiscriminately on the security forces engaged in the encounter,” said the spokesman.

Two civilians were also killed after forces opened fire to disperse protesters and stone pelters trying to shield the militants and disturb the anti-militant operation. However, police said that the civilians died in cross-fire.