As more and more tourist spots get crowded by the ever-growing tourist presence especially during the travel season, tourists are now aiming for lesser-known destinations. While their anti-environmental behavior is often tolerated by locals because they provide them with business, such behavior if left unchecked in not so famous destinations can cause unthinkable damage.

One such example is the Chadar Trek or the Zanskar Gorge which is a winter trail in the Zanskar region of Ladakh, in the Indian state of Jammu and Kashmir. Traditionally the only means of travel in the area is during the harsh winter months, the trail has become popular with international adventure tourists because of its exceptional scenic beauty.

The difference between a trekker and a tourist is simple. A traveler is a person seeking knowledge from new surroundings while a tourist goes visiting places for a jaunt and probably to be able to brag about it back home. A trekker or a traveler cares about the place he /she visits but, a tourist has no such hang-ups.

The Zanskar River freezes-up during the winters, thus forming a Chadar (blanket) of ice on top, particularly in January-February. This allows travelers and tourists to trek the 105 km long frozen trail. At certain points, the trail is as narrow as five meters. Mountains carved by the river provide a 600 meter high wall along the trail.

It is considered one of the wildest treks in the world and the most unpredictable too, all because of the freezing pattern of the Zanskar River.

However, due to Global Warming and increased human activities in the region, the freezing patterns of the river has become highly-unpredictable. The dangerous trek has claimed several human lives in the recent years. Various accounts have been reported when the trekkers had to withdraw their pursuit because of unpredictable weather and shallow ice cover or Chadar. Several incidents were reported when the trekking groups had to camp just to wait for the Chadar to become strong enough to carry their weight. 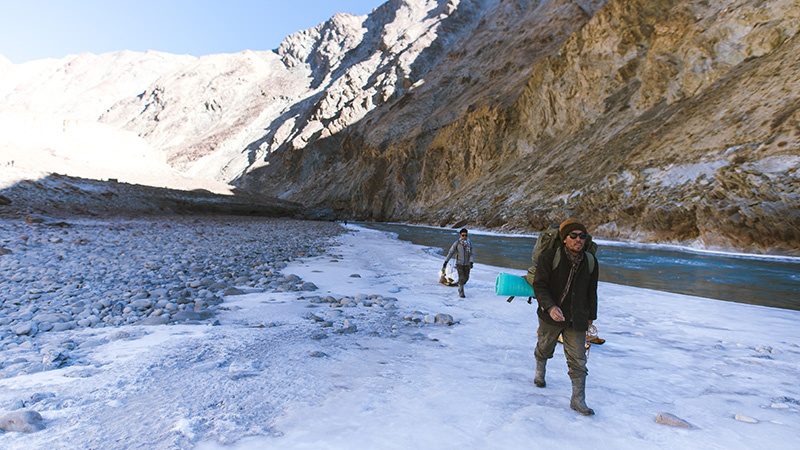 The prospect of trekking along a frozen river is so adventurous in nature that it appeals to more and more people every year. The locals have started to capitalize on organizing these treks for the common people, making it relatively simpler to access the area, which has resulted in tourists leaving their plastic and other wastes along the river banks, ultimately leading to the predictable chaos.

The locals have also been demanding for a road along this trek for easy conveyance, little they do realize about its implications in the coming years. The road is being constructed and is expected to be complete in a couple of years. Nothing against the noble gesture of the government by connecting one of the remotest places on earth with better facilities and services, but the implications of  this road will be huge.

The frozen trail that has already started showing signs of randomness in freezing patterns and process is being eliminated by the global warming slowly and steadily. Some experts believe that the trail will no longer be there by 2020 due to Global Warming. It is about the time that the road will be completed and ‘Humanity’ will arrive at ‘full potential’. A natural phenomenon will be deleted just for the sake of tourism.

But, the actual problem is even bigger and has been ignored completely. The human activity in the region has disturbed the natural habitat of one of the endangered species native to that particular region i.e. the snow leopard. A fascinating feline species, that has seen a decline in its population in the region with the trek becoming popular because of travel blogs. Travelers from across the world came pouring in and even without the existence of a road, that was enough to scare away the already endangered snow leopards. The snow leopard has a beautiful white fur with greyish-black spots. Experts say they are more closely related to Tigers than to leopards. 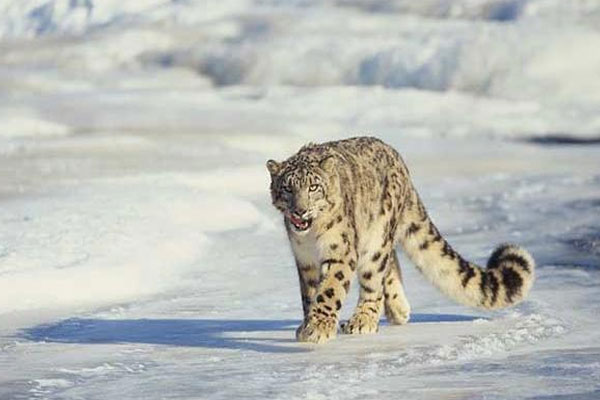 Scientists have also found in the Tibetan Himalayas the fossil skull of the oldest known big cat, Panthera blytheae, the precursor to all modern lions, tigers and leopards, pushing back the fossil record of these animals by at least two million years and lending weight to the idea that they evolved in Asia, rather than Africa, where the previous oldest fossil was found. Interestingly, the snow-leopard is more closely related to this newly discovered species than any other feline species, thus, making it an extremely important species from a zoological and life-history point of view. Keeping it alive in its native habitat is of extreme importance. 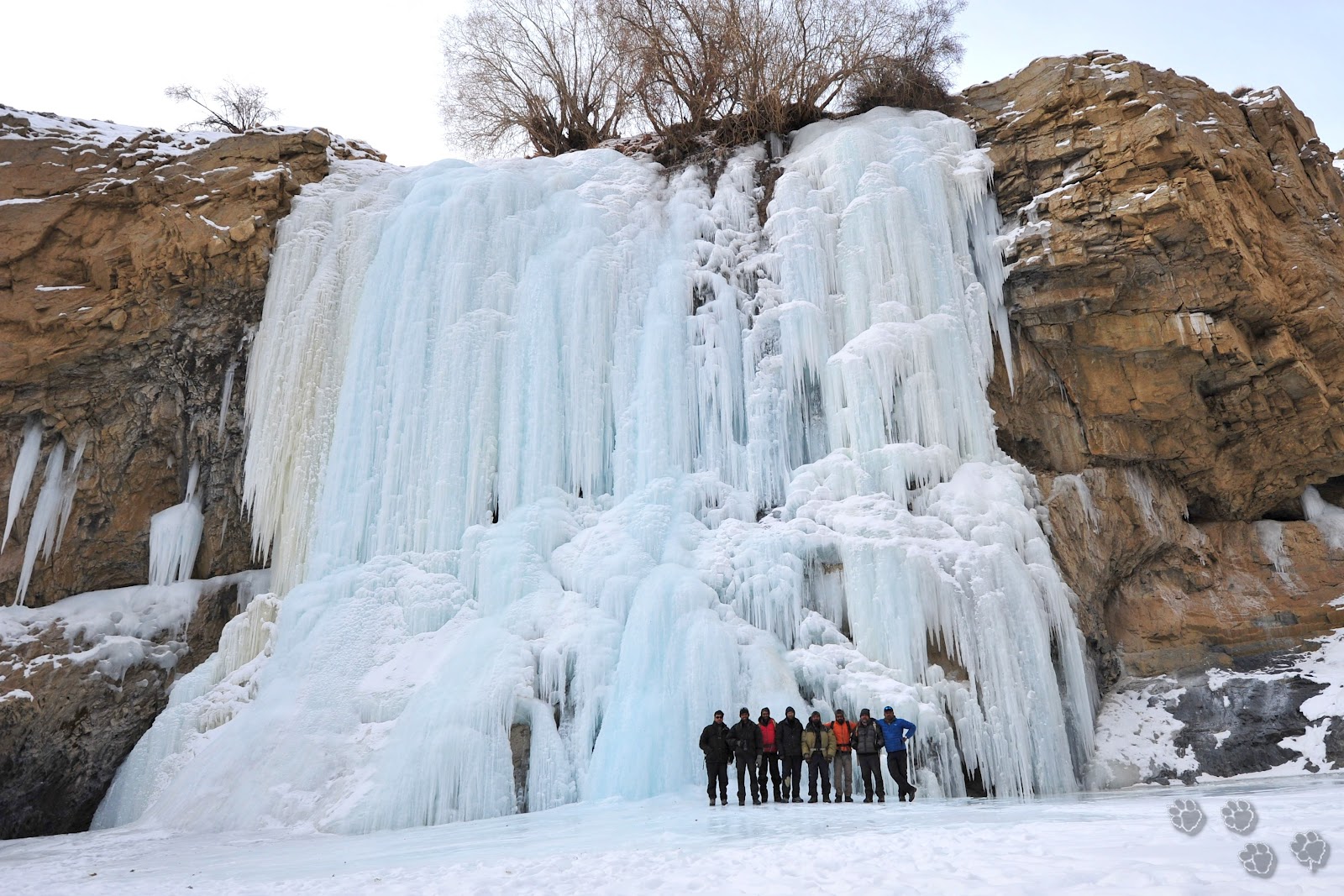 The solution to the problem would be to convert the region into a National Park and should be cared for accordingly, thereafter. Human activity should be limited and monitored. Every human visiting the park should be educated about zero-waste travelling and the concept should be enforced by the law. The existing villages and its inhabitants should be allowed to cater to the tourists as a business, without increasing their capacity, but that too under the zero-waste concept. Even the road will serve its true purpose of connecting the place with the world, without polluting it. The frozen Chadar trail might just survive along with the snow leopards to see another day or should we say, trek.