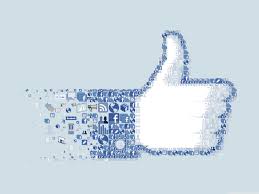 Artificial intelligence researchers from Facebook announced today that they have made groundbreaking developments by giving automated programs or “bots” the ability to negotiate, and make compromises. This new technology pushes forward the ability to create bots “that can reason, converse and negotiate, all key steps in building a personalized digital assistant,” said researchers Mike Lewis and Dhruv Batra in a blog post. Up until now, most bots or chatbots have only been able to hold short conversations and perform simple tasks like booking a restaurant table, according to the researchers.

But  according to latest reports, in the latest code developed by Facebook, bots will be able to dialogue and “to engage in start-to-finish negotiations with other bots or people while arriving at common decisions or outcomes,” they wrote. Facebook’s Artificial Intelligence Researchers (FAIR) team  was able to give the bots this human like cognitive ability, by assigning estimate  “values” to items and gauging its worth and importance to each of the parties.

“FAIR researchers created many such negotiation scenarios, always ensuring that it is impossible for both agents to get the best deal simultaneously,” Lewis and Batra said. “Furthermore, walking away from the negotiation (or not agreeing on a deal after 10 rounds of dialogue) resulted in 0 points for both agents. Simply put, negotiation is essential, and good negotiation results in better performance.” But the bots can also device methods to be crafty. In some cases ,it was reported that bots “initially feigned interest in a valueless item, only to later ‘compromise’ by conceding it — an effective negotiating tactic that people use regularly,”.This behavior was not programmed by the researchers “but was discovered by the bot as a method for trying to achieve its goals,” they said.