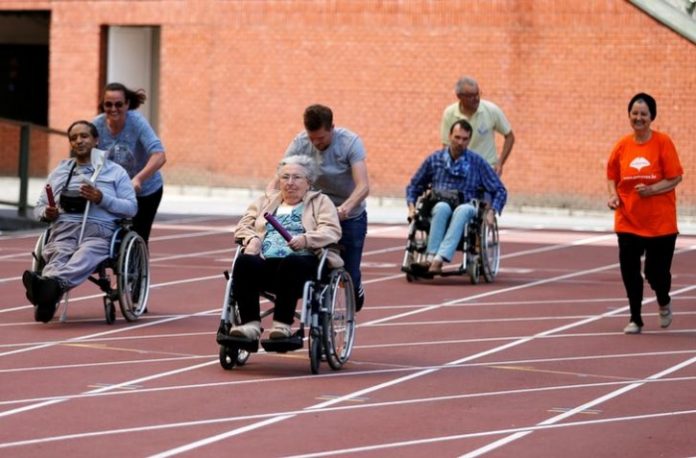 Belgian capital Brussels hosted its first “Olympics for Seniors” with locals aged between 75-96 participating in a range of adapted competitive sports at the King Baudouin Stadium. Over 130 locals from private rest homes took part in activities ranging from pancake toss, wheelchair relay race of four times 25 metres to javelin throw and a music quiz.

The event was organised by Brussels and  “A Travers Les Arts” an organisation that works with rest home residents. The decided to launch the first edition to encourage more outdoor activities for elderly people in care. It is part of an effort to make Brussels more age-friendly and deepen relations with the senior citizens.

“Happiness has every age” was one of the key messages of the event, that was emphasized at every step.